She was trying very hard to find something wrong in this undeniably flawless face. He was your classic long, tan and handsome, tied up in a fitted raincoat and a pair of earbuds. Under the plane’s uncomfortably white lights she had the perfect view. She wondered if the delay was a blessing or a curse considering she either got to bask in the face of beauty or marinate in every reason this will never work.

For one, all he could possibly be for her was a view. There was no way she could reach him, no conversation, not even a reason for him to accidentally glance in her direction. She was an aisle and two seats away, backed into the corner of a window seat, hidden behind girls that dressed just like her. And it was the other girls that began her spiral from pride to disappointment when she realized she was “cool” like everyone else and therefore simply unoriginal. Not unique, unsubstantial. Because no one ever wants to be like other girls. But while searching for any one detail to distance her from the masses, she found herself a poor, disheveled, anxiety-ridden excuse of a girl to begin with. Not interesting enough to grab your attention. Not interesting enough to talk to. Not someone to even accidentally bump into. Nothing ever happened to her.

And even if something had happened to her with this boy, what would it actually be? The unacquirable Hallmark-level of chemistry so apparent that the other girls would willingly give up their seats to give love a chance? A safer, more realistic scenario was maybe some cutesy eye contact, a wave and an opportunity to reconvene when they landed. But realistically, no one was ever going to look at her, and this plane might never take off.

Forty minutes after its scheduled departure, the plane finally reversed out of the terminal. The lights went out so the passengers could watch the plane make it to the runway and wait. Not even a plane taking off could happen to her. She sat in her own darkness, accepting the idea that this is where she belonged anyway. The girl in the window seat waited for something to happen. Some sort of story to tell, a noteworthy moment in the night, a boy to turn around, a plane to take off.

And then it did. It was nothing, and then it was everything. A full hour behind schedule, the plane rushed into the sky like that was going to make up for wasted time. She could feel the plane fumbling on ascension. Racing blindly through the darkness, fighting past the glare of clouds, screaming in horizontal rain. She watched the chaos unfold and silently hoped for disaster.

Turbulence was sort of exciting. She started writing narratives in her head of everything that could possibly go wrong. They could be struck by lightning, lose half of the plane and land somewhere in the ocean on a tropical island being forced to work together and survive. Or the plane could at least rattle enough to drop the air masks. Because if anything happened, maybe she’d have an interesting story and a meaningful conversation and a reason for someone to keep talking to her. But instead, the seatbelt sign turned off and the craft eventually leveled out for another unsubstantial story. 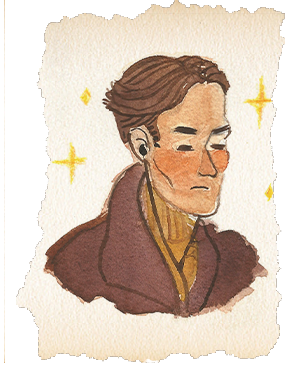 The lights came back on and she could see the boy again. She wanted to hear his voice as drink service came around. Or catch his attention with her own order as if there was something utterly profound about ordering a water. But her voice disappeared in the vacuum and he never looked her way. He was just a mumble, nod and Pepsi with no ice.

The lights turned off again, trapping her and her complimentary napkin to the sounds of her thoughts. She marinated in her mood, staring at the seat back tray table, upset about the solitude of her window seat. Switching on the lights to diffuse her angst, she fussed with the napkin to distract herself from herself. She folded it into a crane and asked herself if this made her interesting, the “not like the other girls” type. The kind you took a second glance at and reconsidered. The substantial type.

Then she almost missed it. He was gone and then he was there. Left his seat for a restroom break and returned down the aisle staring straight at the girl who gave herself a spotlight. Tall and dark, framed by the ambiance of the cabin, she almost couldn’t believe that they were finally face to face. He looked at her, out of all the other girls, like she was something special.

She made eye contact. Tried to smile. Panicked. Looked away before she can even see his reaction. And he returned to his seat before he could even register her full face.

It was everything and then it was nothing. She looked out the window as they made their final descent on another unsubstantial flight home.