A short story about how things will never be the same 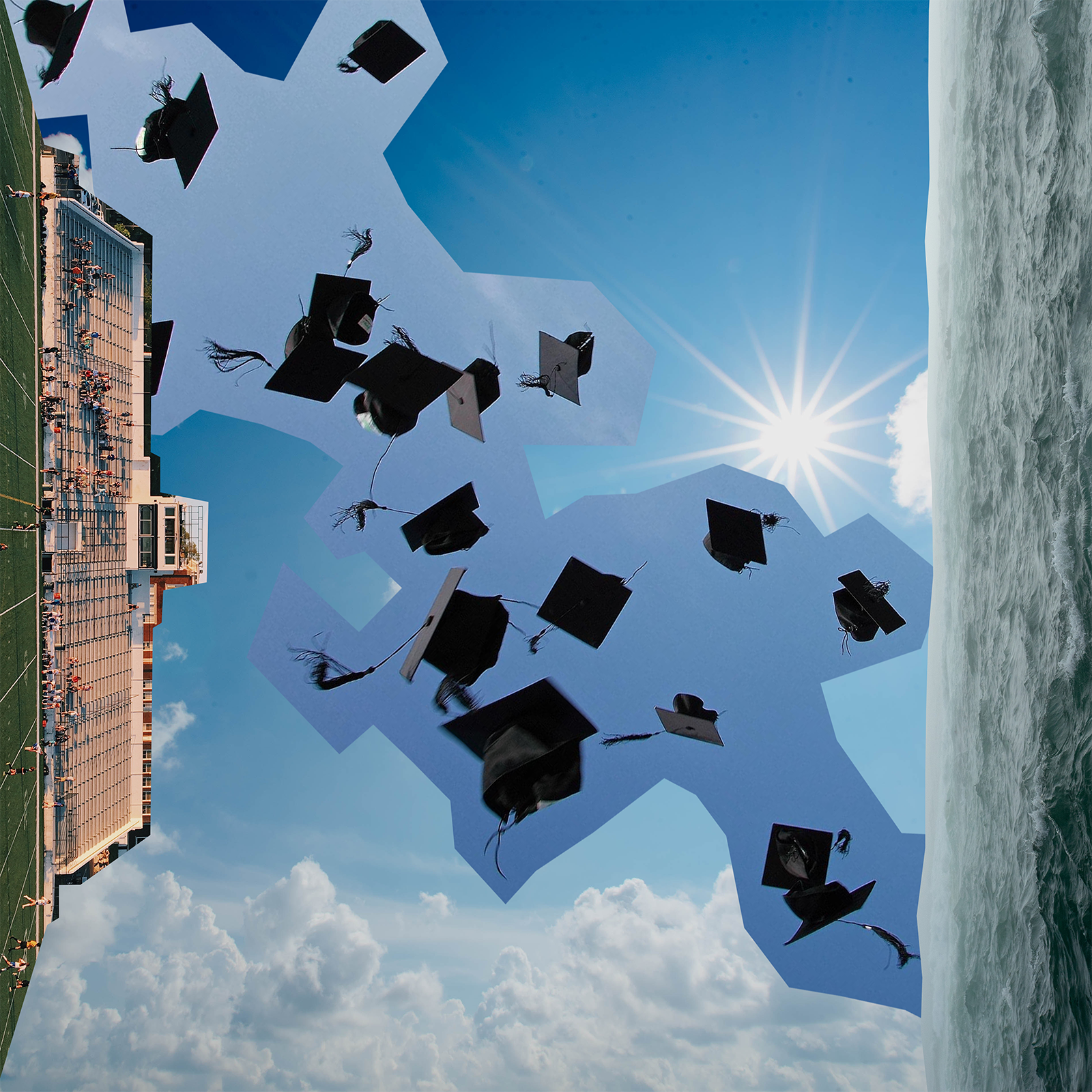 Cassie couldn’t wait to get her diploma. Not that she actually cared about the diploma, she just wanted to leave the ceremony. Her skin burned, and her too-tight cap didn’t give her an inch of shade. As the names of graduates bore through the stadium, an overrated roll call, Cassie kept her eyes closed, sparing her eyes from the unrelenting sun.

“Wish you had some weed, huh?” The voice belonged to her best friend, the lanky and likable Kenny. He sat to her right, at the edge of their row.

“No kidding,” she replied dryly, too cynical and tired to imagine where she’d rather be. All she knew was that Dixon High’s football field was not it.

Kenny looked over the run-down bleachers, counting the familiar faces. “Cass, your brother made it to the front row.”

She peered out to see the bushy-haired boy standing at attention at the edge of the bleachers, his expression a mix of obligation and anticipation. “He shouldn’t have shown.” She spoke with finality.

“You don’t mean that,” Kenny said encouragingly, shaking off her pessimism. “He’s gonna miss you.”

Cassie remained stoic, closing her eyes again. “Nice to know someone will.”

The row in front of them stood up as a unit before making their way to the stage, ready to receive their diplomas. Cassie and Kenny’s row was next.

Kenny looked wistfully at their class, thoughts both good and bad racing through his head. “This is the last time we’re going to see them, ya know.”

“Hopefully.” Cassie’s deadpan demeanor was getting to Kenny. He could feel his optimism crumbling.

“I wish you were high right now. It’s the only time you’re ever tolerable,” he muttered, with all the spite he could muster.

Cassie’s occasional reliance on cannabis had been well documented throughout her high school career — a fact she loathed. Kenny knew that. He knew that was the line. Calling her out like this, at graduation, felt like more than just an insult. It felt like betrayal. 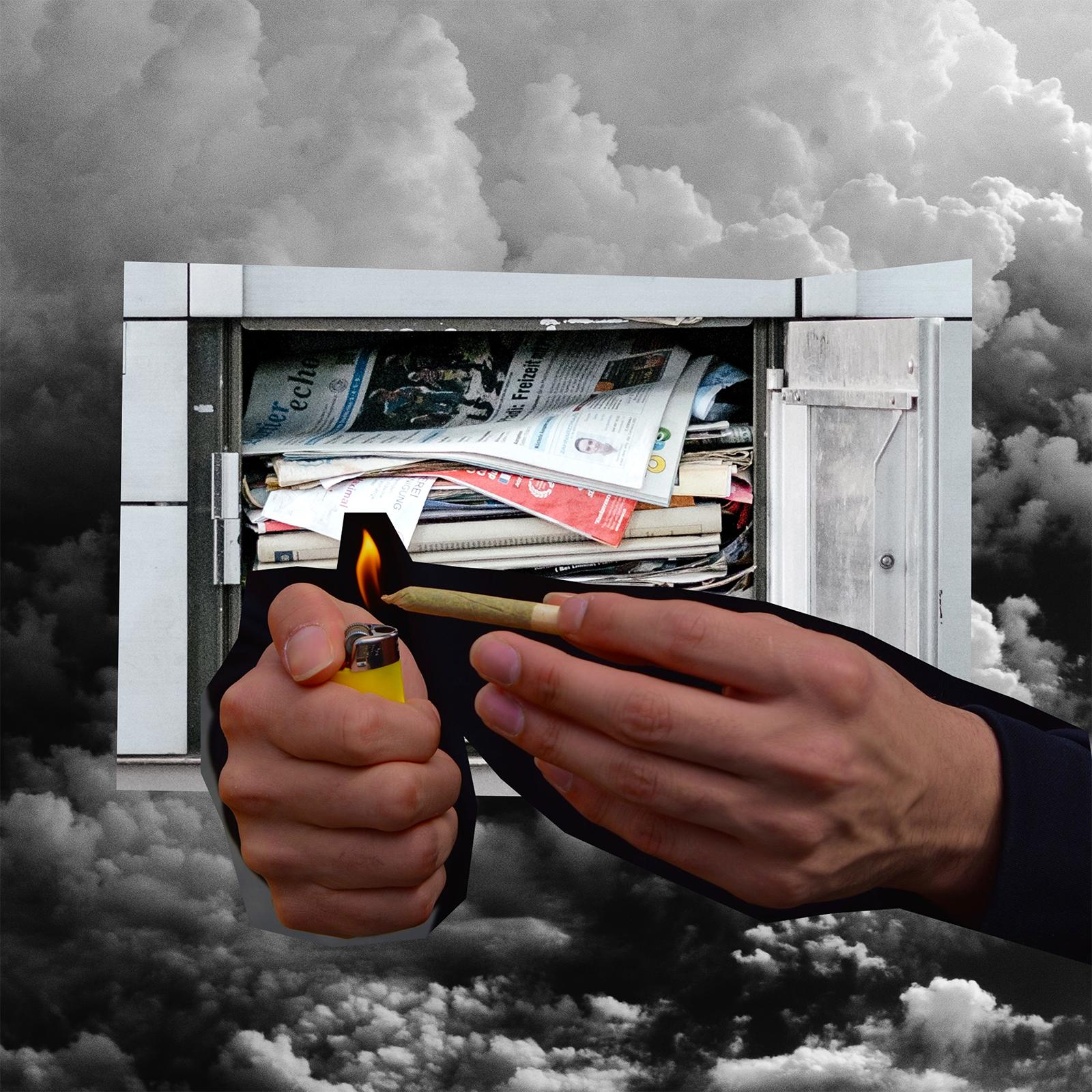 She wanted to spit words just as painful right back at him. Hell, just spitting at him would do. But more than that, she just wanted to sit and sulk in silence. Which she did for about twenty seconds until their row was called.

The beaming sun couldn’t take away the distinctly Orwellian tone surrounding their walk to the diploma podium. They followed each other, one step at a time, robed in black with faces, not of excitement, but uncertainty, about to be dropped into the world’s ocean.

Cassie peeked at her brother through the sweat in her eyes and found him positively bouncing with excitement. Despite her sour outlook, she couldn’t help but let a soft, embarrassed smile spread across her face.

Kenny, just a few feet ahead of her, turned and glared bitterly. “First time smiling without smoke, huh?”

Flustered and hurt, she turned back, only to see him on stage with a wide politician’s smile accepting his diploma. She was next.

Not a lot happened when she got on stage. No big fireworks or tears. She was just following the line, shaking the hands of adults she never met and would never meet again. When she got back to her seat with that empty leather diploma cover, she only wanted to see her brother. And in the crowd, like a bouncing lighthouse, she spotted him screaming like it was the Super Bowl, only it was just a graduation.

“What are you gonna do with that diploma?” Kenny snapped her out of her momentary trance, his inquisitiveness coming off as bitingly sardonic. Some of Cassie must have rubbed off on him.

Kenny scoffed. The question was only asked to discourage her. And yet, more than anything, a kind of electric motivation flowed through her.

Kenny, however, continued his attack. “Remember UCLA? Berkeley? You still have those rejection letters, right?”

“Yes,” she replied, with pride. She wanted to mention his Stanford rejection, but she fought that spiteful part of her.

Kenny turned away disappointed, realizing he wasn’t going to get a fight out of her. The rest of the graduation proceeded as planned, but what surprised her was the enthusiasm she was suddenly feeling for her future. In that spirit, she sought to make amends with Kenny. 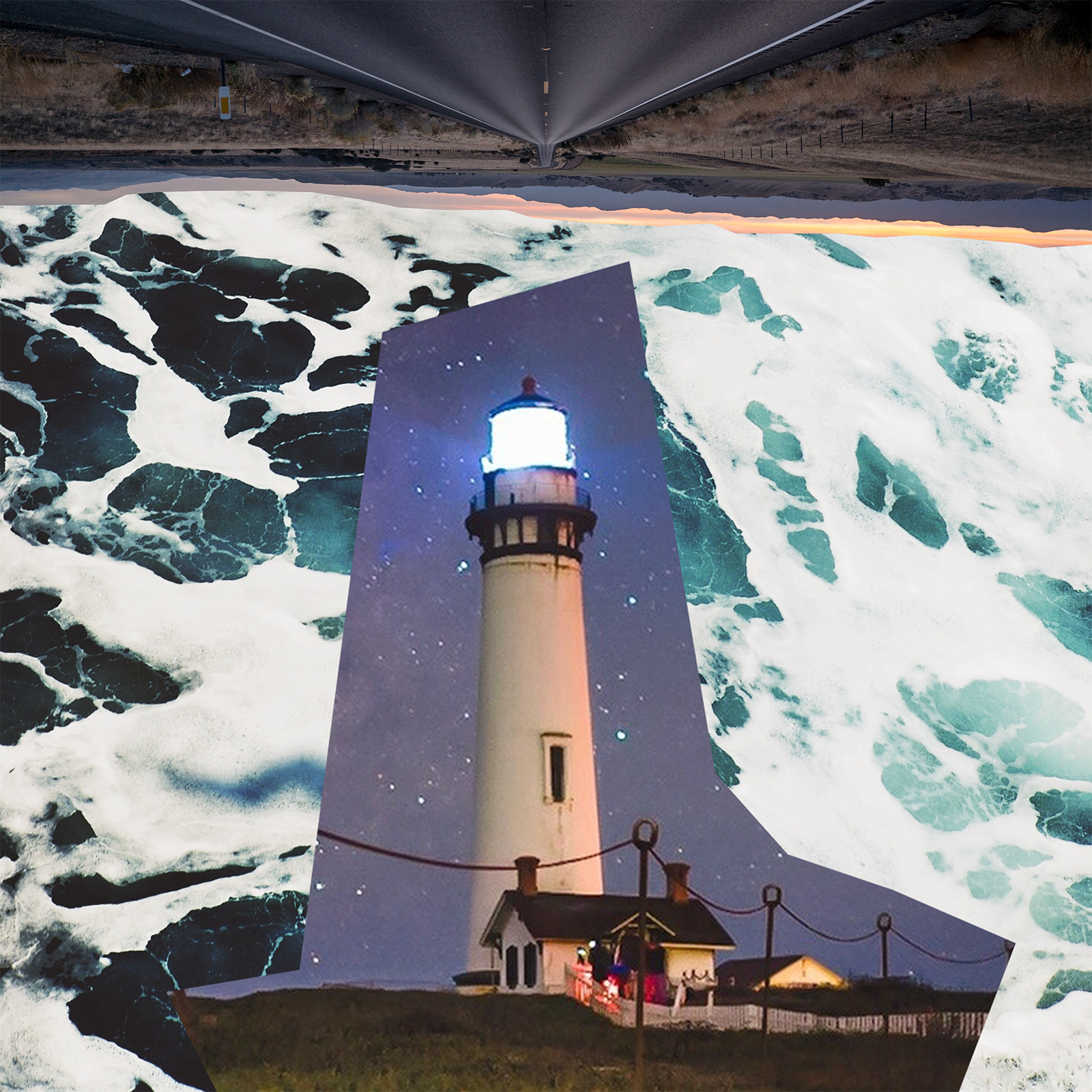 “You excited for Santa Cruz?”

He contemplated for a moment, before cracking open a bit. “I guess. I’ll miss it here.”

Cassie looked around the faces that filled the stadium, suddenly awash with sentimentality. She remembered the allure of getting high under those same bleachers, but all she saw in them now was a kind of regret. The weight of those years spent in cynical pride felt like a burden that she was more than ready to unload.

The remainder of the names were called. Hands were shaken, caps were thrown, pictures were taken, and, finally, Cassie and Kenny had made it out of high school.

Later, while the two of them were loitering in the parking lot, Kenny shyly asked, “You want to smoke?”

“I think… I think I’m fine,” she said, surprising both of them. They chatted amicably, planning to meet again before heading off to their respective colleges.

Cassie got in her weathered Honda Accord and made her way out of the parking lot, finally leaving the school.  Maybe she’d come back as a teacher. It was all up in the air after Irvine.

But first, she had to go home.