Check in, Never Check out of Room 104

There is no such thing as the ultimate mystery television series. Even after seasons of investigation, every mystery is solved or ends with some sort of closure. But what if the mystery never stops? No glorious montage of gathered evidence — just a new scenario every episode. 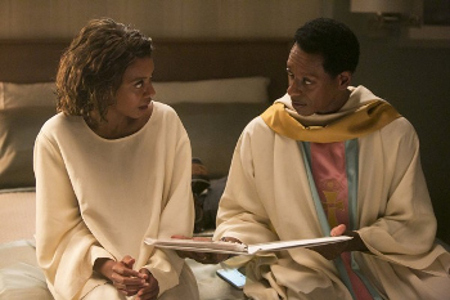 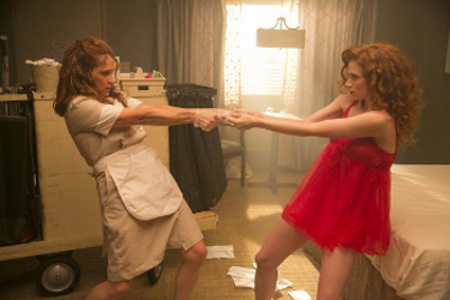 Indie film duo Mark and Jay Duplass have created one of the most addictive shows of the past decade, “Room 104.” The show flips the conventional mystery genre on its head by embracing ambiguity and cliff hangers.

The show is an anthology, but the series is not a continuous plot. The only thing that certifies the show a series is the eerie backdrop of the cryptic motel room where the episodes are set. From a group of deviant vouyers trying to drag an innocent pizza boy into their affairs, to a recent divorcee contacting his dead friend’s ghost who tries to kill him, to a young author attempting to teach his mother how to use his computer, the show stays unpredictable and entertaining.

Sometimes, though, this spectrum of possibility can lead to inconsistency and make “Room 104” a difficult watch. In the first two episodes, it appears that the Duplass brothers tried to arrange a forum for social commentary on how to handle adverse situations as a stranger, but that charade drops immediately by the third episode. As the plot unravels in each segment, new layers present themselves. The twists aren’t always dramatic — some make sense when you explore the events of the episode, but other times they’re outrageous.

Despite this, the plot shifts don’t feel cheap. If anything, they challenge viewers to reflect on their own ideas of perception and force us to become attentive to minor details.

What makes “Room 104” even more gripping is its distinct style in direction and staging. The Duplass brothers experiment with colored lighting techniques that change with every episode. For example, red and pink light prominently featured in one scene can shift to blue and yellow hues as the plot progresses into new territory. The lighting serves as a pseudo-parallel to the emotional spectrum of each episode.

“Room 104” is not an instant classic like some of its HBO peers but it is already generating a cult following. The mega-network recently renewed the show for another season just five episodes in. There are some technical discrepancies that hold it back, but “Room 104” is locking viewers in by simply tapping into an audience’s thrill for mystery.