Tucked away in a little shopping center sits Steel Cup Cafe, a recent addition to the Long Beach breakfast scene. The origin of the cafe began all the way in Minnesota where the two founders first met. After deciding that they were tired of the cold, they made the move to sunny Southern California, landing in our very own Long Beach. With dreams of owning their own businesses and job opportunities scarce, they decided to take the leap and opened the Steel Cup Cafe.

Even though the cafe has only been open for nine months, they have already begun to make an impact on Long Beach. Owners Nicholas Stoks and Marc Chitwood feel that cultivating a strong sense of community is vital for them. Growing up in a small town, Stoks says that “in a small community you just get a ton of support from everybody in the things that you do. I think a lot of people think that can’t happen in a bigger city such as Long Beach.” He went on to say that one of the goals for the cafe was that they wanted “to make sure everyone feels welcome here.”

Chitwood, who also acts as the executive chef, agrees.

“It’s very inviting here, I love the community and everyone that’s around. And being able to give back or provide a good service, it makes me happy,” Chitwood said. 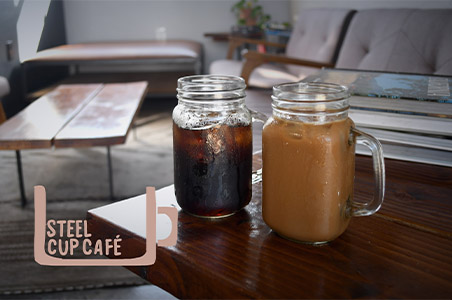 Their goal of becoming a member of Long Beach’s community seems to have already come true. Steel Cup Cafe hosts monthly pop-up markets on the second Saturdays of the month for other local businesses and artisans.

This same philosophy applies to their attitude toward sustainability. “We are 100% biodegradable or compostable,” Chitwood explained, “and we bake fresh everyday, so if we have any left over at the end of the day, we donate it to a local children’s shelter.”

As for the food, Chitwood is proud to use ingredients from small and local farmers, and partnering with Equal Exchange, an organic, fair-trade and rainforest alliance company, in order to serve responsibly sourced coffee. For both Stoks and Chitwood, the environment should never be compromised for a few extra bucks.

Steel Cup Cafe, located on North Lakewood near the Traffic Circle, is a prime place for students and all those who live nearby. The cafe offers students a 10% discount, since "being a student is hard enough." Stoks goes on to say, "I guess some words of wisdom are to believe in yourself, and it sounds cliche to say that, but you are far more capable than you think you are." 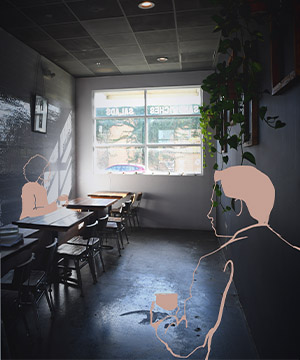