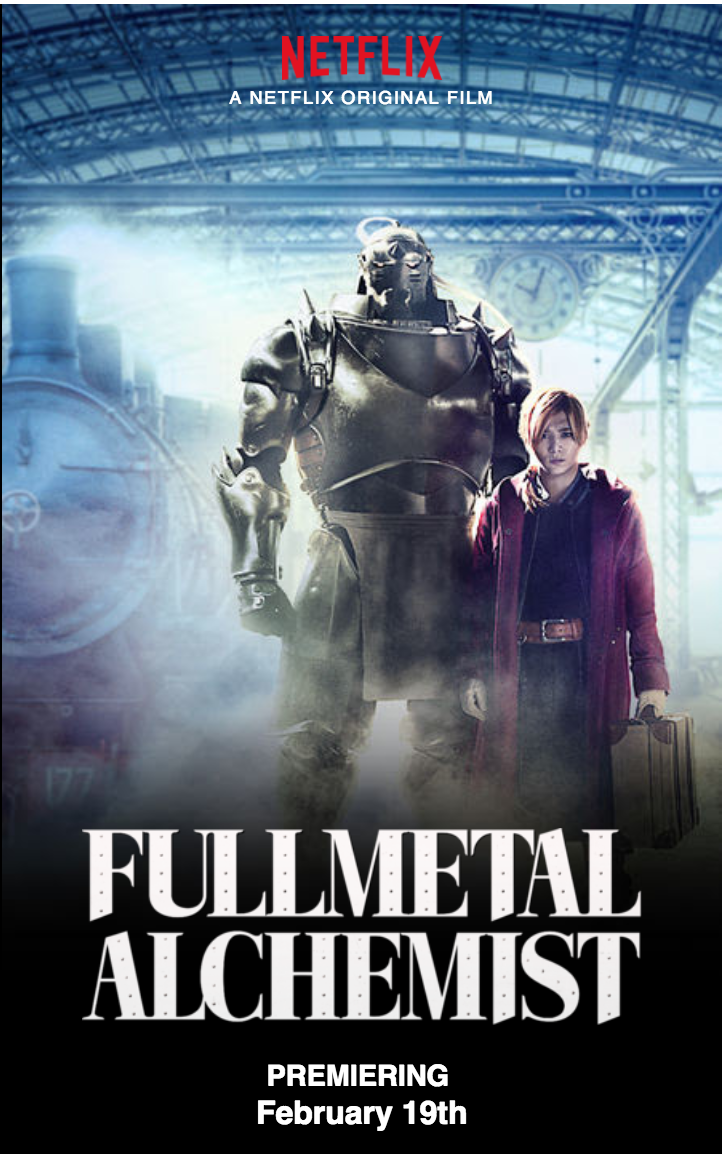 Netflix has recently added the live action “Fullmetal Alchemist” movie for American viewers to finally see. As a fan of the original series and its reboot, I was looking forward to seeing this film. But what do most people usually feel when they hear that a beloved anime is being adapted to the big screen with real actors playing the characters?

In the past, we have seen Hollywood totally destroy amazing anime and cartoon series (“Dragon Ball: Evolution,” “The Last Airbender,” “Kite,” etc.). Yet anime fans received a glimmer of hope with “Fullmetal Alchemist.” The movie was being produced by Japanese filmmakers and the whole cast consisted of Japanese actors. So that means it actually has a chance to be good right? Right??? Well, you thought wrong. Sorry.

The movie actually starts off okay. The cinematography is decent and the first action sequences are pretty fun. Unfortunately, it goes downhill from there.

Most of the acting is dull, the pace is off, and the story itself is all over the place. It feels like they just put together certain episodes and made a partial movie out of them. Yes, they do use some important plot points that help the main characters Ed (Ryôsuke Yamada) and Al (Atom Mizuishi) on their journey, but other than that, it felt like just another attempt to profit off an old television show.

For me, the only good part of this movie is Al’s armor. It is exactly how it should have looked and Mizuishi does a very nice job portraying him. The casting itself is fine, but when you take a show that utilizes so much movement and action, it’s hard to make the actors and effects look good on the big screen. It just looks corny and kind of funny to watch.

Overall, I wouldn’t recommend this movie to anybody. I would urge people to watch the original anime instead for a fuller and deeper story. If you do plan to watch the original anime, then make sure you watch “Fullmetal Alchemist” and then the reboot series “Fullmetal Alchemist: Brotherhood,” which follows the manga more closely. The anime series is definitely up there as one of the greats, but sadly the live action version is a big thumbs down. So, do yourself a favor and don’t waste your time on this flick. Both of the anime series are available to watch on Netflix and Crunchyroll.