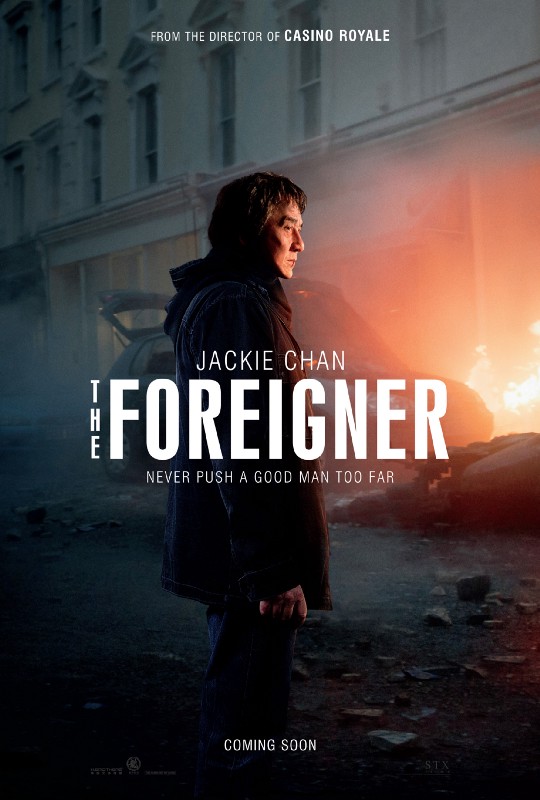 Bombs, bullets and non-stop action sums up the recent Jackie Chan film, “The Foreigner,” which has to be one of his best roles.

In previous roles, Jackie has been comedic; however, in “The Foreigner,” he shines as the serious and humble protagonist, Quan, cementing his legacy while proving that a person only gets better with age.

The movie starts in London, where Quan shares quality time with his teenage daughter as he takes her dress-shopping for an upcoming dance. However, she is killed by an explosion. After no luck with help from law enforcement, Quan is forced to take matters into his own hands.

Movie fans who are debating whether to watch the film should be pleased to know that Jackie still has fight scenes, only his character can be described as a Chinese Rambo and homemade bomb maker. “The Foreigner” is filled with tons of explosive scenes and it illustrates crafty ways in which bombs are created — with alcoholic drinks, matches, string and a cigarette.

“The Foreigner” gets personal with Jackie and acknowledges his dedication as a well-rounded actor.

It’s the movie’s innovative way to disarm enemies that makes it compelling and entertaining. There are scenes in the forest that are inspired by the “Home Alone” franchise, in which Quan is creative with his supplies. For example, he once camouflages a hole in the ground, so when a bad guy falls in, their foot is impaled with nails. In another scene, Quan quickly takes out an enemy and hides him in a blanket of leaves so that it looks like he disappeared in the eyes of his comrades.

Arguably, the trailer can suggest that the film is comparable to the “Taken” franchise, but in this case, the protagonist doesn’t have the option of saving his loved one and is rather seeking vengeance for losing his daughter.

“The Foreigner” will have audiences rooting for Jackie in his pursuit and continue to entertain with his acrobatic combat. Although this movie carries more weight than action, it showcases Jackie’s range of acting apart from being a stunt-performer. Audiences are invited to see Jackie vulnerable and dramatic, leaving moviegoers to empathize with him — something you don’t get in his previous comedy action films. The loss of his daughter is heartfelt and sensitive.

He has stated in the past that in China, he’s recognized for serious and dramatic roles, whereas in America he is pigeon-holed to roles as a laughable gimmick stuntman. “The Foreigner” gets personal with Jackie and acknowledges his dedication as a well-rounded actor.