There are literally queer and Latinx monsters and no one is talking about it.

In a society trying to push the limits of conventional norms and gender identity, the prevalence and representation of queer figures is extremely relevant.

An example of representation comes from the iconic Godzilla universe, with various queer and minority monsters inhabiting the dangerous and adventurous landscape of Monster Island. Perhaps the most prolific and stark example of a LGBTQ+ monster is Destroyah.

Standing at an impressive 120 meters, the purple, gigantuous beast boasts abilities that extend beyond his sheer body strength. DNA absorption, a chest beam and body duplication are just a few of the dangerous tools in Destroyah's arsenal. 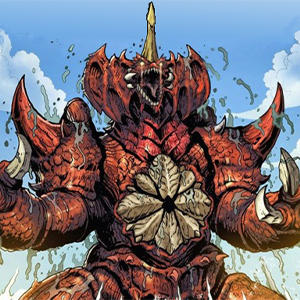 What isn't commonly known, however, is Destroyah's identity. As a male-identifying gay monster, Destroyah is notorious on Monster Island for his quick wit, tasteful purple color palette and brutal lack of empathy. This lack of empathy is evident in his trademark "callous disregard for human casualties," which differs from many of his counterparts who genuinely don't understand the importance and fragility of sentience.

Destroyah's distinction as a calculated and sociopathic being has boosted his prowess over other monsters, both in areas of combat and social hierarchy. In fact, his powerful nature has caught the affection of other monsters, including well-known bisexual, Mexican monster. Rodan. 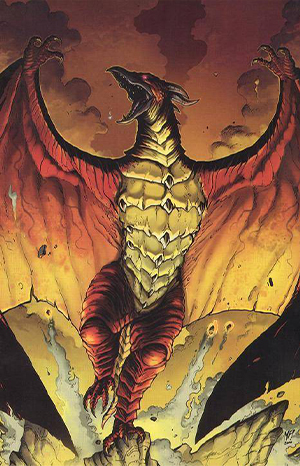 Rodan, who self-identifies as mostly bisexual, has had an on-and-off, fickle relationship with Destroyah. Despite Rodan's Catholic affiliation, he is very proud of his sexuality, often times mentioning in passing conversations that he is "a total bisexual." According to recent statistics present in the Monster Island Times, 30% of the population are convinced that Rodan is totally doing this for attention, with the remaining numbers concluding that Destroyah needs to "tone it down," with comments online claiming "he wasn't nearly this flamboyant before the spotlight was on him."

With Monster Island being a notably conservative constituency, the LGBTQ+ conversation is not always met with warm, accepting and open mantis-like claws. Notorious for her traditional views, Mothra has made her opinions on same-sex relationships well known.

"It's just not natural," Mothra said. "I get the whole monster immigration argument but--son of a bitch, how many times do I have to zap these assholes--I'm skeptical about the whole island supporting it."

This controversy is just one example of LGBTQ+ issues arising in various monster kingdoms across planets and universes alike.

Just last month the petite poisonous dinosaur from the "Jurassic Park" universe made headlines after coming out as a lesbian. While she was met with mostly positive reception, a few of her co-dinosaurs from the first movie weren't as warm, with the Brontosaurus monarch claiming her coming out was a "PR stunt to appeal to the left." What's more concerning is a recent attack from the Jurassic Park Incel Society that was released as an Op-Ed in the Jurassic Daily, titled "You can't eat a human with a rainbow scarf on."

With more visibility and acceptance becoming the norm, the monster kingdom might just go from "ROAR" to "YAS."