On Saturday, Nov. 28, 2021, I had a photoshoot and interview with up-and-coming melodic rapper KB Devaughn, 27. We went to three different places that impacted him and his career, those being his former high school, Renaissance High School for the Arts in Long Beach, one of his first apartments, and the house of his close friend and collaborator, LX. Throughout those few hours, I learned about the bass-voiced rapper’s upbringing, how he entered into his current career in rap, his thoughts on the Los Angeles underground rap scene, and his plans for the future as a member of the West Coast’s hip hop revival.

Hi! How was Thanksgiving for you? Was it good?

“My Thanksgiving was great! Spent time with my son and had a good time with family. It was fire.”

So tell me about yourself. Where were you born and raised?

“I was born in Inglewood and I lived in Inglewood for about half my life and I was raised in Long Beach for the other half of it.” 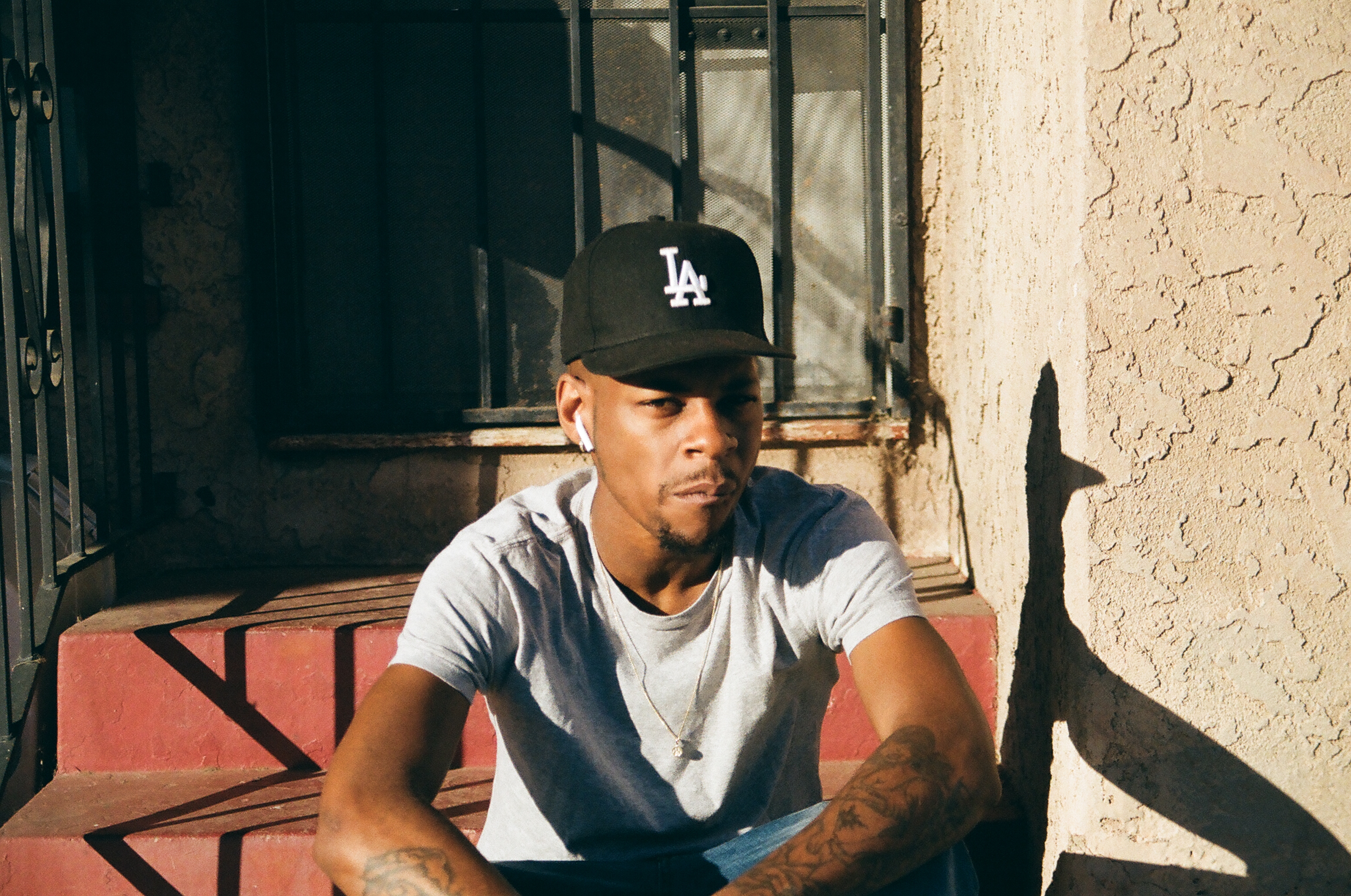 “Just in life? I don’t know. That be one of those questions where I don't know how to answer. My life [growing up] was regular. It was hard, it was good. It was life. I enjoyed it.”

I heard you spent a lot of time at your friend’s mom’s house. How did your friend impact your life?

“One [of] my good friends, his name is Keith. He and his mom impacted my life greatly. Keith brought me to where I am today. He introduced me to one of my great friends, Justin, who goes by his stage name LX. So yeah, if it weren’t for him, I wouldn’t be here today. He showed me the ropes on how to move in L.A. and just in general.” 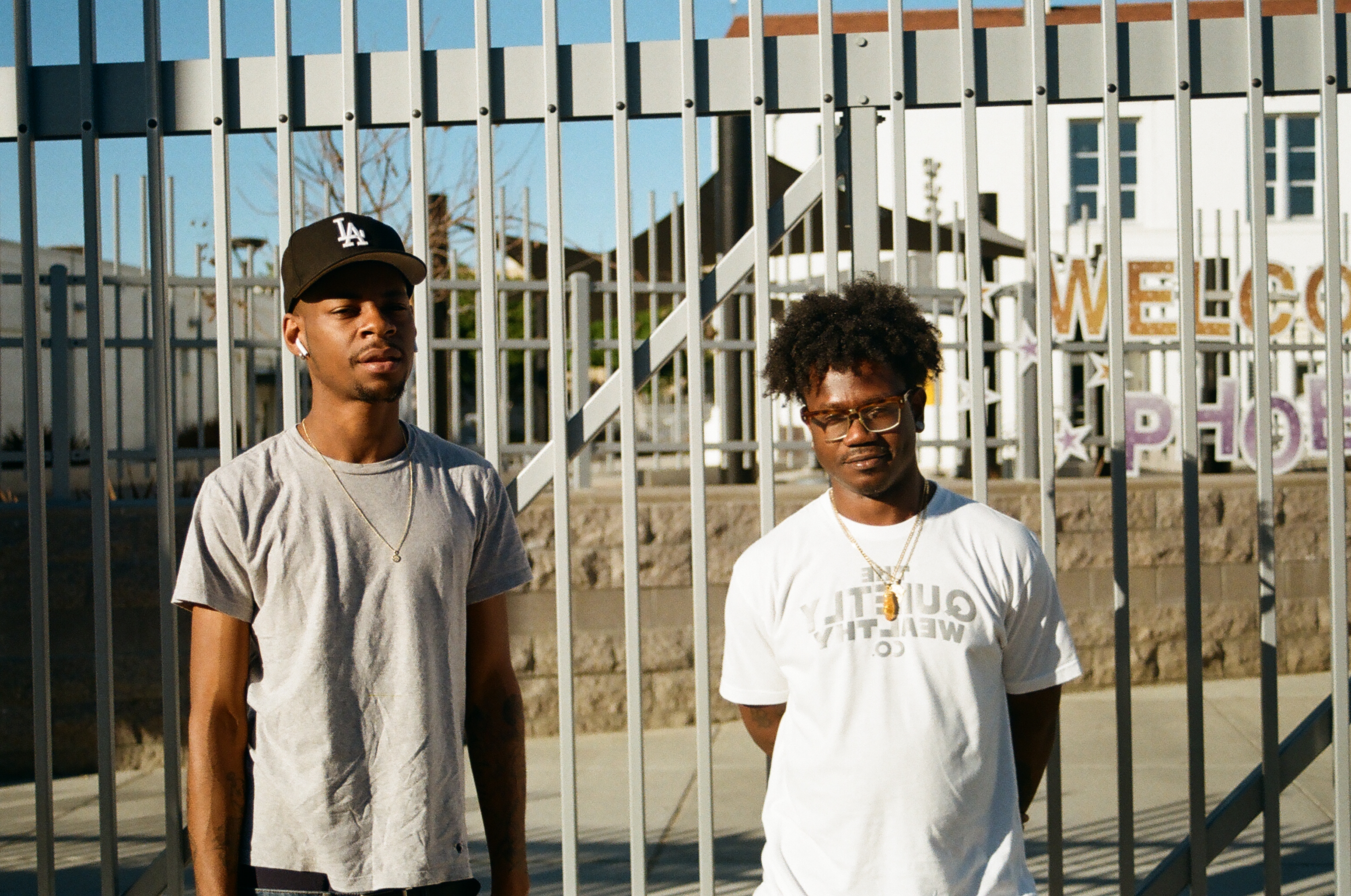 Tell me about your time at Renaissance High School.

“I fucking hated that school. That shit was trash as fuck. All the teachers were racist and picked on me because I’m devilishly handsome. I don’t know really why they hated on me- actually I do know. I was dating this girl who’s, like, the top dancer of the school. It was like going to High School Musical for real. Like, why the teachers all up in my business, you know. It was weird. I do say that I like the fact that I went there, cause I wouldn’t be making music the way I do now. They inspired me to keep going with music. I mean, I did go to a school for the arts.” 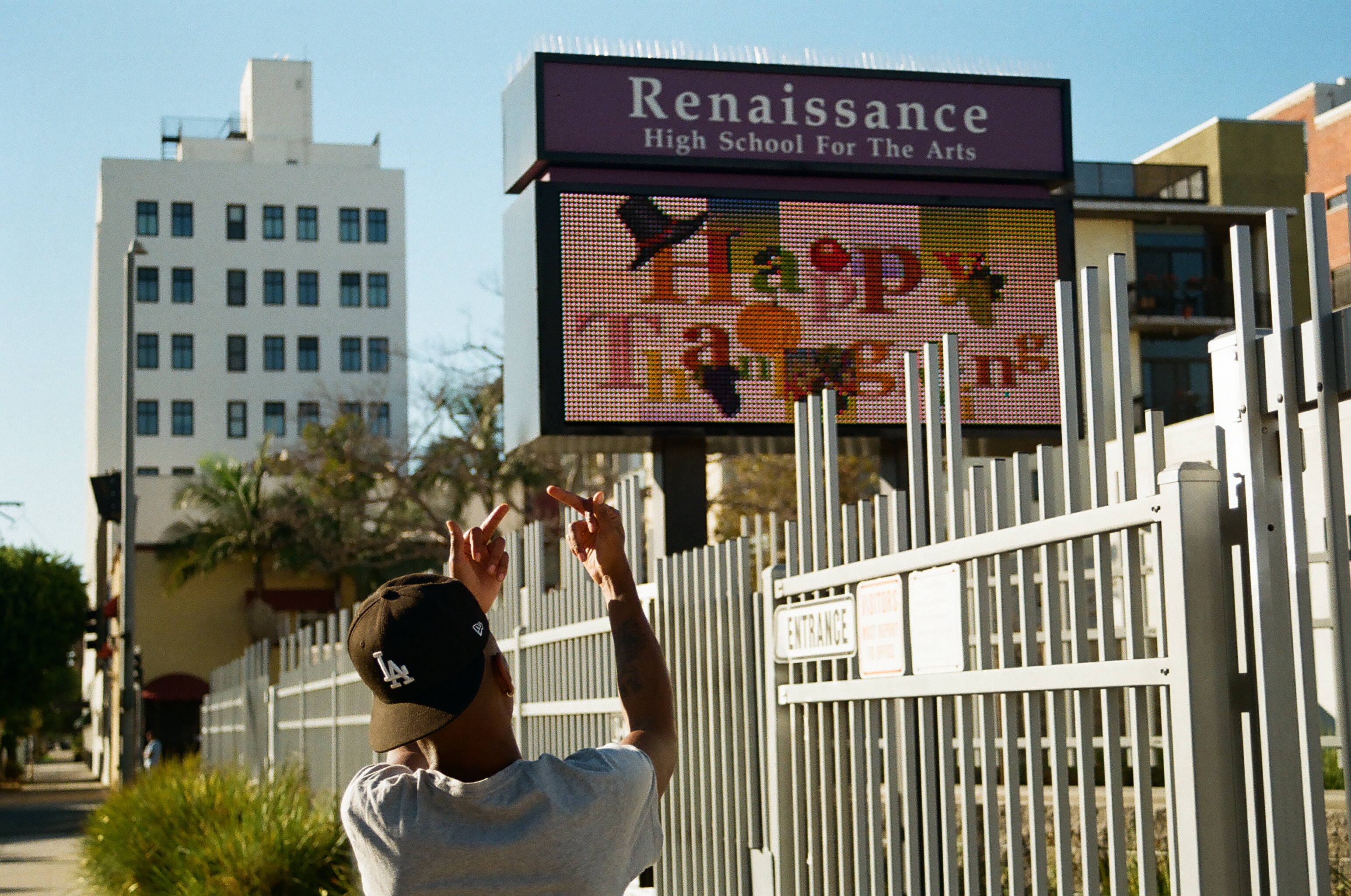 When’s the moment you realized hip hop will be your career?

“Shit. Probably when I was 14 or 15. I was just making songs with my cousin Frank. And our grandpa is a popular drummer named James Gadsen. I felt like I always wanted to be in music shit. So then when I started listening to rap more and more, it made me want to rap. My favorite rappers were The Game, Ludacris, 50 Cent, 2pac and shit.”

“Nah, I can still answer that. I wasn’t really a Pac fan like that but my main influences were 50 Cent and Ludacris. I also listened to oldies like Marvin Gaye and Luther Vandross and shit like that.”

Alright. So how was your first few years as a rapper like?

“Shit. It was trash. I was trying to find myself. In the beginning, I was into weirdo-type music. Well, not weirdo in a bad way. I was trying to do some Tyler, the Creator type shit. You know, just niggas being on some other type of time then I realized like ‘nigga, that ain’t me.’ I'm not out here doing weirdo shit in real life you know.”

You’re connected to Westside Boogie. How did that come about?

“I lived in Long Beach. I was getting my haircut by this dude that happened to be his stepdad. And they lived down the street from me. So I was going to his house to get a haircut and I just randomly ran into him. I ain’t even known he rapped at the time. We’ve become friends.”

What’re your songs usually about?

“Shit. Like, all types of shit. My last album was about what I was going through. Guess now, just the same shit. Money. Bitches. Shit like that.” 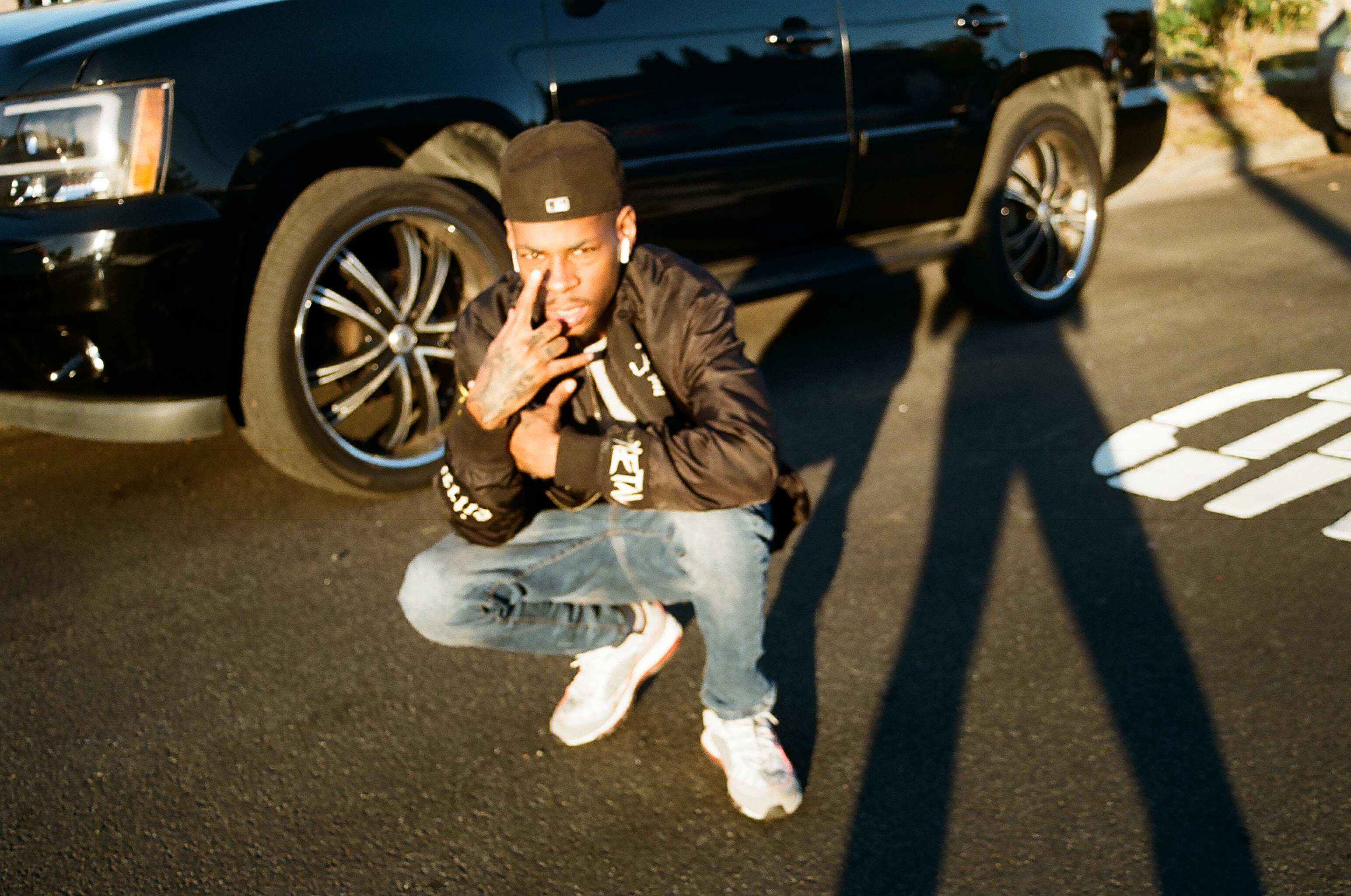 I noticed your songs are very R&B influenced and laid-back. Is there a specific audience you’re aiming for?

“Uhh. I guess, niggas from the streets that’s not afraid to be vulnerable and say how they feel. Everybody come from the streets but not everybody got to be a street nigga. We can still be ourselves, even if we come from an environment that’s not necessarily safe. You know I’m saying? I am trying to embrace that but at the same time, I’m not super duper glorifying it. We regular dudes but we ain’t no busters. You know I’m saying?”

I first came across you from your “Saturday” song from 2018. What’s the story behind that?

“I guess, I was going through a lot in my life where I was just trying to impress everybody. I was worried about what people got to say. Like, I’m from Inglewood but people gonna think I’m from Long Beach. And I was just, like you know, have to come up with an idea that I don't care [about] what they say as long as I’m around the people that care about me and I love the most. Because, I rather hear shit from those motherfuckers than them other motherfuckers.” 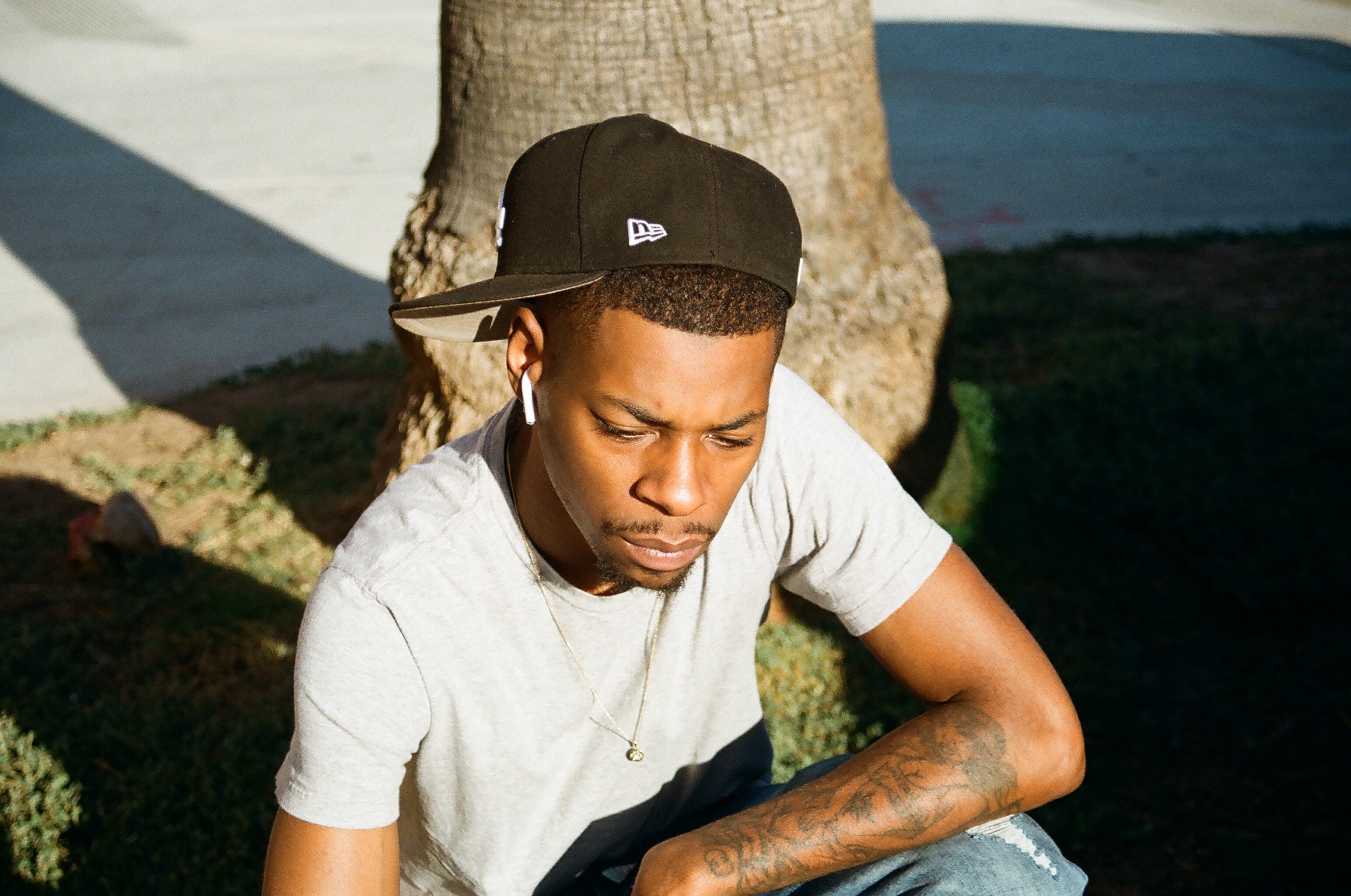 They still your day ones? 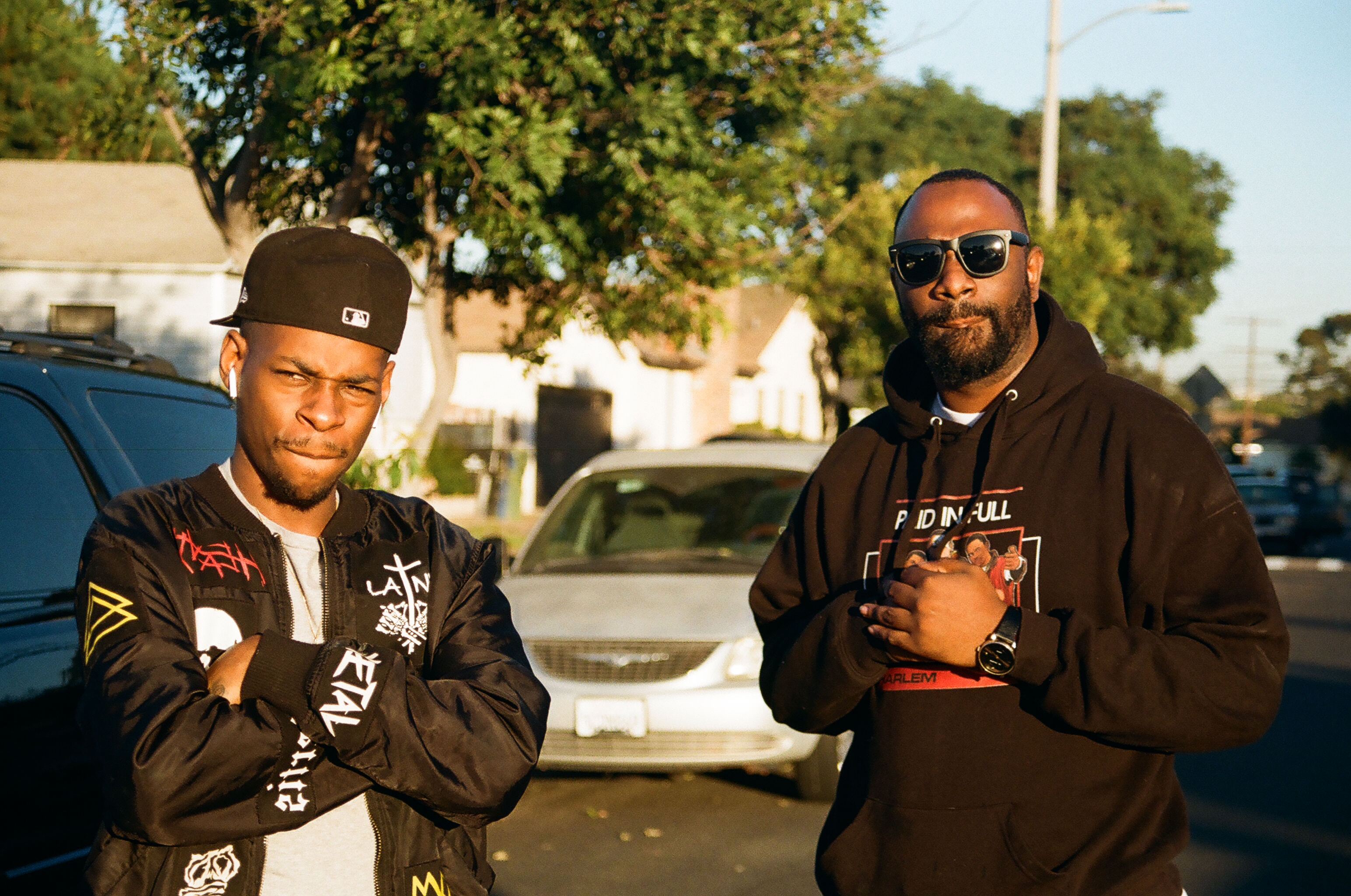 What are your thoughts on the L.A. rap scene, currently?

“Umm. That’s kind of a hard question to answer but I don’t want to sound like I’m hating on nobody. I think that everybody is doing their own shit and I think that L.A. is always going to be a mecca [for hip-hop]. Where good shit come from. So, regardless if I don’t listen to everybody, I do know that them niggas is making noise so shoutout to them.”

So, what’s your current and future projects? When and where are your next concerts?

“I got a show tonight and I don’t even know where it’s at, to keep it a G. And, I got a show tomorrow and I don’t even know where that at, either. But I do know, when’s it’s happening. I’m trying to plan on throwing my shit soon on the top of 2022 by me for the people. And for my projects, I’m about to release a video for a song called “Stomp” so check that shit out. Most recent releases that I want y’all hear is “Genocide,” some songs with my really talented homie Key9, and some shit from my homie LX. Check my homie out, he from Inglewood. Epic Must Die, I have shit from him, shout out to that nigga. And Ice Cold Bishop, I got shit coming out with him too.”

Where do you see yourself as a rapper in ten years?

“Shit. Ten years, I hope I’m on my way out this motherfucker to find some new artist. You know, I just tryna make my stamp on this bitch. And hopefully, I’m gonna do it within a ten year span so I’m not even thinking that far ahead. I’m probably going to own a Wingstop by then. Fuck rap.”

Anyone you wanna shoutout before we wrap up?

“Same motherfuckers I said before. Everybody that I love and love me back. My nigga Aaron. Keith, LX, Dezzie Gee, Ice Cold. All of Inglewood. Shout out to my niggas at Long Beach and Compton. That’s pretty much it, shit.”

Got anything to say to the kids at Cal State Long Beach?