Dating as an Asian Woman

I’m sitting in a restaurant when my date tells me, “Wow, your English is really good.” Sigh. Dating is awful. Period.

In a time when it’s so easy to connect with others through social media and with an unprecedented access to a multitude of dedicated dating apps, you’d think that dating has become simpler.

How contrite I am, to say it’s anything but.

Dating is awful when I get an opening line of, “Where are you from?”

And I answer, “Los Angeles.”

Dating is awful when they follow up with, “No, I mean, where are you REALLY from?”

And I go, “I was born in Fountain Valley.”

Dating is awful when they reply with an eye roll gif and they say, “I mean, where are your parents from?”

And I say, “I’m Vietnamese, and hello to you too.”

I didn’t realize people forgoed basic human manners and just jumped the gun to asking about my race.

I don’t mind people asking. But then again, people who ask that question immediately almost always start talking about how they visited my home country and it all goes downhill from there. 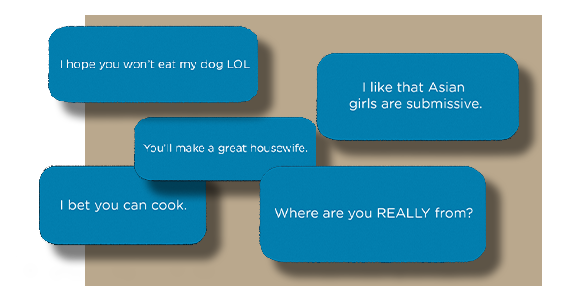 Yes, it’s wonderful you visited Vietnam. But really, who told you it was a good idea to say, “I love Vietnamese women, they are such great cooks and make great housewives.”

It seriously makes me cringe thinking about it — yes, these are actual things people say.

“I hope you won’t eat my dog though,” they’ll say as if it’s a funny joke. Darling, the only joke here is that you think I won’t hit the unmatch and block button.

Sometimes this unpleasant exchange doesn’t happen until I’m already sitting across from them somewhere, when my guard is down.

I have to keep a smile plastered on my face while they talk over me and cut me off when the server asks what I want to eat. I keep nodding and smiling politely, but only because this person knows where I live and maybe if I bore them enough I can escape after this night and never talk to them again. 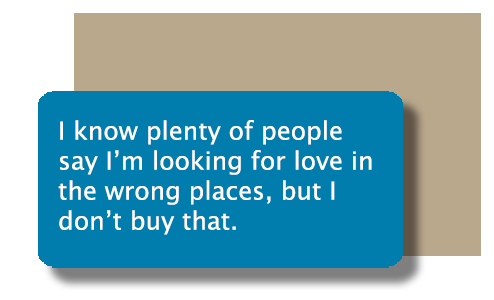 I’m sure that since the beginning of time, dating leaves much to be desired. I know plenty of people say I’m looking for love in the wrong places, but I don’t buy that. There are so many people out there that I wouldn’t be able to meet otherwise if I didn’t expand my circle online.

However, dating as an Asian woman online… that’s a scary world to navigate.

As Taylor Swift sang in “The Story of Us”: “This is looking like a contest / Of who can act like they care less,” dating is a careful dance of texting strategically, along with endless hours of scrolling profiles on Tinder, Bumble, Hinge, what have you, hoping that you’ll strike up a match with someone who has — sorry to say it — personality.

I’m wary of the profiles that say, “I love Asian girls.” Tired of the, “So where are you really from?”

So yes, dating is awful.

Dating is awful when I’m almost 23 and my mother hovers around me like a helicopter. My mother tells me I’m not allowed to go out unless she has my friend’s phone number and my friend’s parent’s phone number, so then I have to sneak out like a teenager.

I used to only date within my race because, growing up, my mother would say that I needed to find a nice Vietnamese man. It would be hard for them to understand our customs and how would I expect my parents to communicate with their family if they weren’t the same as us?

Well, she also told me I had to become a doctor, but as you can see, that’s not happening.

My mother is the kind of person to tell me I’m not allowed to date until I’m 30 but at the same time complain to me at dinner time that I’m still single. She tells me to focus on school but then tells me I need to stop slouching and need to put on some makeup. She cringes when she sees me in my Crocs, ready for school.

“Can’t you put in some effort?”

But fine, I’ll forgive my mother for her fear I’ll bring someone home who isn’t Vietnamese. I understand her. I hope she can forgive me for dating behind her back. I can’t admit to her that I’ve been on dozens of terrible dates, it would break her heart.

So why is dating so awful and why do I still continue to do it, despite my grievances?

Dating is awful when I get texts at 2 a.m. asking me to come over. I say sorry I’m not interested and they say, “Come on, it’ll be fun.” And they send me a winking emoji and it shifts a guilty burden onto my conscience. It makes me think of the familial pressures and, while it’s nice to be desired, is it so much to ask to be understood? I want to date and have fun just as much as any other young adult, but my mother’s voice echoes in my mind. It’s selfish of me to not think of my elders.

For a long time, I struggled with thinking, “Maybe this is what I deserve for going behind my mother’s back,” when I’m in bed scrolling through the mundane messages from men, but I think it’s more than that. I think it’s fair to say that I should be able to date without fielding mildly racial remarks.

Dating is awful when I don’t know if my date sitting across from me actually likes me for my hobbies, interests, personality or he’s just seeing me as a cute little submissive Asian girl he can parade to his friends.

So why do I continue to date? Because I have hope. 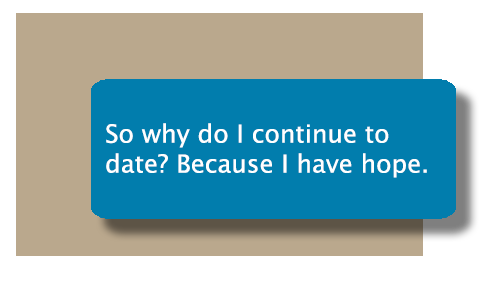 I have hope that someday I will be able to sit across from someone and I’ll be able to order what I want and not what they decided for me, and I have hope that instead of using my race as their opening act for their comedy bit, they’ll respect me as I am and appreciate me for more than just where I’m from.

It’ll be then, that I’m finally being seen.