Story and photos by Sudabeh Sarker

In the wake of the 2016 presidential elections, international applicants to American universities declined after nearly a decade of robust growth. Acording to the San Francisco Chronicle, applicants from Mexico dropped by 30 percent and 10 percent in predominantly Muslim countries. However, from the voices of two graduates and two more students from CSULB American Language Institute, it is apparent that, while discrimination was a concern, their desire to broaden horizons at The Beach goes beyond politics. 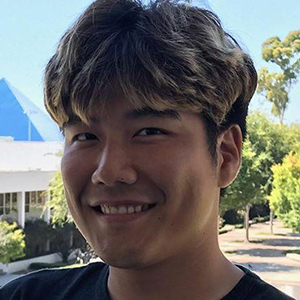 When 27-year-old Jaeho Won left South Korea, he was hoping to leave his old life as a mechanical engineer behind and start fresh by studying his true passion, business.

“I hate math,” Won said. “I think I am more street smart than book smart.”

During his year at the CSULB American Language Institute, Won’s streetsmarts came in handy. He put in an effort to make new friends and practice English as much as possible.

Won has no trouble communicating but, despite his efforts to make new friends, he admits to feeling emotional and lonely.

“Sometimes at night after a party, I get sad,” said Won. “I wonder if my friends like me.”

Won was impressed by the sociability of many of the Americans he met, however he found their connections superficial. When it came to sharing emotions, that strong connection was lost.

Nevertheless, there are many aspects of American culture that Won admires; in particular, the desire for independence from their parents.

“I think Korean kids are kind of spoiled,” Won said. “American students often have their own jobs and live independently from their parents.”

Won admits that Korean and American culture oppose each other in many ways which, at times, he finds difficult to understand. Yet, unlike other study abroad students, Won actually intends to live in the US after graduation.

“I’m a very ambitious person,” Won said. “I wanna be a native English speaker, even in the way I think.” 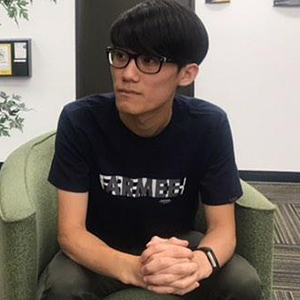 Twenty-one-year-old Siu Kei Au-Yeung (Adrian) took advantage of every opportunity he could to communicate with his classmates at CSULB.

“I missed my bus because I was really busy talking to my friend,” said Au-Yeung. “But I think it was okay because another bus was coming soon.”

Au-Yeung is a Public Relations and Marketing major at Hong Kong Baptist University, yet it was  his love of film and California-born movie-star, Daniel Wu, brought him to the CSULB American Language Institute to improve his English.

“My idol, Daniel Wu, he grew up in the Bay Area so as a fan, I want to experience the environment and the culture of living in California,” Au-Yeung said. “However, I also wanted to learn English and meet new people as well.”

Au-Yeung was a bit worried about being an outsider. After all, he was the only student from Hong Kong in his English program. A natural optimist, Au-Yeung eventually welcomed the idea of being forced outside his comfort zone.

“I felt that I would have more opportunities to practice my English,” Au-Yeung said. “When people come to America with people from their own country, they can communicate in their own language which violates the purpose of studying in the US.”

With only four weeks in the United States, Au-Yeung made sure to visit every major landmark in California, from the Walter Pyramid to the Hollywood Sign.

A self-admitted sentimental soul, Au-Yeung recalls feeling sad as he entered his home for one last time.

“There was a time when I did not know how to open that door,” Au-Yeung recalls. “I did not even know how to turn on the light!”

Despite having only four weeks in Long Beach, Au-Yeung feels that he made the most of every second. For comfort, he remembers that there are many adventures ahead of him and that he has friends that will be waiting for him the next time he goes back. 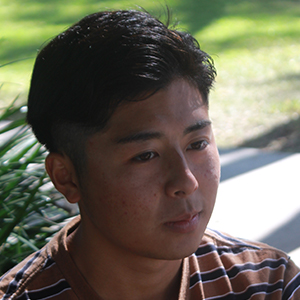 Twenty-year-old Masaki Onda does not care about Trump. Despite being a political science major, the president’s reactionary comments towards immigrants were nowhere on his radar  before coming to the United States.

Onda was told that a sunny, tropical climate like California would attract equally warm and welcoming people and, from his experience so far, this holds true.

Through these interactions, Onda discovered that the bond between Japan and the United States was much stronger than he thought.

“My host family wants to learn more about Japanese culture,” said Onda. “I am really eager to learn about American culture as well.”

Despite his willingness to learn more about American culture, Onda admits feeling a sense of culture shock upon his arrival to the United States. According to him, Japanese culture is the exact opposite of Japan. One of the biggest differences, he claims, is how different English is to Japanese. In his classes, Onda says that he can only understand 50-70 percent of what his professors are saying.

“When I don’t understand what the professors are saying I feel anxious and self-pity,” said Onda. “But it makes me more motivated to improve my English.”

In the end, despite all the difficulties, Onda claims that he has improved significantly as a person.

“My personality became more open-minded towards everyone,” said Onda. 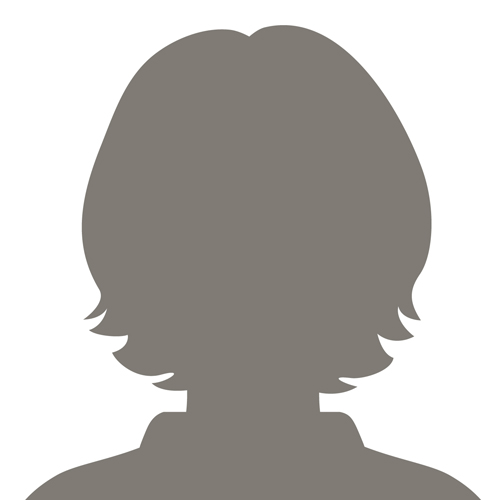 Twenty-year-old Khadijah Ahmed said she gets confused looks when telling her American colleagues she’s from Oman.

“They don’t even know where Oman is,” said Ahmed. “I have to point it out for them on a map.”

While Americans do not have a strong idea of what Oman is like, the Omani people are wary of how Americans may perceive them--especially their treatment of hijab-wearing women.

“I thought that maybe American people might hate Arabs,” said Ahmed. “But they are so, so, so friendly, and they welcome everyone.”

Coming to America was, at first, particularly difficult for Ahmed considering how close she is to her family of eight. However, the value of an American education was far too valuable to pass up. She came to Long Beach to study Civil Engineering, but her main motivation for going abroad was the experience.

Ahmed is not the only person in her family to come to America. Her sister lives in Washington and even visits her from time to time. But she wanted to come to Long Beach specifically because of her love for the beach and hatred of cold weather.

Her message to new international students is to escape their comfort zone and engage with people from different cultures. Ahmed believes that the most valuable aspect of her time in America was meeting people from all across the world. She believes that her time spent challenging herself to try different things and talk to different people has impacted her the most.

“If I can come here and live by myself, I can be strong enough to face the world,” said Ahmed.