Humans aren't the only ones participating in the spooky season. Our four-legged friends come howlin' at the annual Haute Dog Howl'oween Parade in Marina Vista Park. The costume parade is a wholesome, family friendly event where pooches and humans alike dress up to celebrate the spooky season. The dogs took over the park dressed as everything from spaghetti to Ghostbusters. These costumes, for both dogs and humans, ranged from store-bought basics to elaborate set pieces.

Running for 19 years, the Haute Dog Howl’oween Parade serves as a charity event to raise money for local animal charities. All proceeds from the event support local spay and neuter clinics, such as the Long Beach Spay and Neuter Foundation and Friends of Long Beach Animals. If you’re looking for some wholesome fun next spooky season, go out and support the Haute Dog Howl’oween Parade.

Check out some costume highlights! 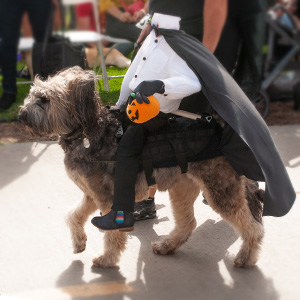 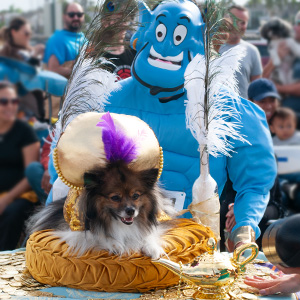 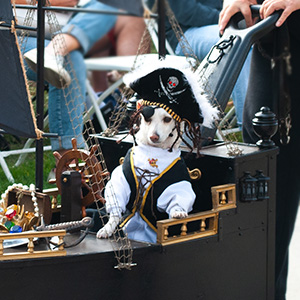 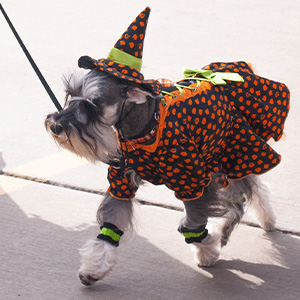 The costumes pictured range from intricate to simple, but all of them embody the spirit of the holiday.