A holiday that celebrates community and resilience

With the holiday season and the end of the semester swiftly approaching, it’s time to gather with family and celebrate new and old traditions. Hanukkah, Christmas and Kwanzaa are at the top of the established and recognized list of celebrations. The first two receive plenty of attention; the latter remains a mystery.

Dr. Maulana Karenga, an Africana Studies professor at Long Beach State University, conceived of Kwanzaa during the Black Power movement of the ‘60s in Los Angeles. That’s right; he’s here in our own backyard, yet Kwanzaa’s purpose is still not very well-known. Although many people have heard of Kwanzaa, those who don’t practice it for the most part do not understand its intricacies.

The term Kwanzaa comes from a Swahili phrase meaning “the first fruits harvest”—a celebration that dates back to ancient Egypt. The holiday is rooted in the Kawaida philosophy.

Kawaida is defined as “an ongoing synthesis of the best of African thought and practice in constant exchange within the world.” It informs the values that Kwanzaa commemorates, and demonstrates an Africanist perspective and the evolution of new knowledge from Africa’s past.

Kwanzaa is not a religious holiday. It lasts seven days, from Dec. 26 to Jan. 1. The first official Kwanzaa was in 1966.

Each day of Kwanzaa celebrates an aspect of the Nguzu Saba (Seven Principles). Nguzu Saba honors the life and the passion of Africa and brings strength to the fight for justice and equality. When participants greet each other, they say “Habari gani?” (“How are you?”) and the response is the principle of that day. To wish someone a happy Kwanzaa in Swahili, one would say, “Herí za Kwanzaa.”

Umoja is the first principle and it means “unity.” This principle focuses on bringing families and communities together. In the 1960s, the African American community found strength in standing together against a common oppressor. To inspire unity, Kwanzaa is not arranged as a religious holiday, for aspects of religion often tear people apart.

Kujichagulia, the second principle, means “self-determination.” This is the ability of the African community to define, name, create and speak for itself. In this spirit, symbols of outside worship or celebration are not allowed. That is not to say Kwanzaa should replace other holidays, but instead that Kwanzaa needs to be its own separate celebration.

Ujima, translated as “collective work and responsibility,” works to improve the community by connecting everyone with one another through recognizing shared strife. The freedom of one African American is the freedom of another. 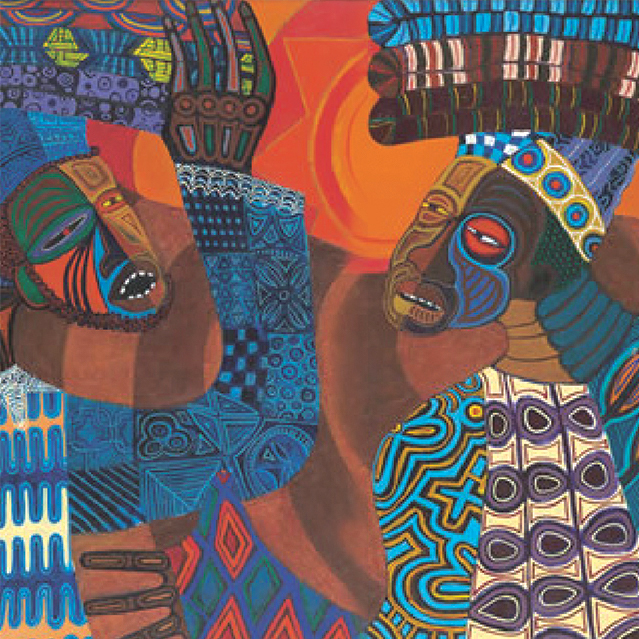 Ujumaa, meaning “cooperative economics,” encourages the building and maintaining of African American businesses. In typical harvest festival fashion, there are local vendors at the celebrations to promote this principle.

Nia is “purpose,” the effort to restore African culture and to collectively build and develop the community.

Kuumba, the sixth principle, means “creativity” and the idea that anyone who has a talent is depriving the community if they don’t practice it. Children during Kwanzaa receive presents all seven days, and the gift always relates to the principle of the day. The present is generally handmade, but especially on this day. Kwanzaa is celebrated with beautiful artwork and traditional African trinkets, which is why commercialism is unwelcome.

The final principle is Imani: “faith.” This last day drives the values and struggles into the New Year. It is the faith in each other, in the human heart and the future. Observers of Kwanzaa remember their ancestors who fought against oppression for centuries upon centuries, believing in the hope that their struggle would end in victory one day. On this final day, their commitment to live day-by-day by these principles is reset, and their pride in their African heritage and culture is reaffirmed.

For each principle there is a candle in a Kinara—one black for the first day, three red for past struggles and ancestors with three green for well wishes for future struggles and promoting hope.

To begin each day, someone lights the corresponding candle and recounts how they’ve honored each principle in the past year.

People celebrate the holiday differently. Max from Village Treasures, an art and antique store in Downtown Long Beach, explained that some families choose to stay home with their relatives and honor the tradition privately. Some choose specific days to host a party with friends.

“Some families go to a party every night of Kwanzaa,” she explained in between laughs. Max hosts her own party, usually on Dec. 30, right before the end of the year.

Large public parties are a popular form of celebration. Since it is still early in the current holiday season, the official social calendar for Kwanzaa gatherings has not been finalized. There are a couple in the works though, such as Max’s own celebration.

Renee, local business owner of Shades of Afrika in Downtown Long Beach, hosts her own celebration a couple of days earlier than Max. This celebration is considered one of the largest celebrations in the Los Angeles area. To honor the restorative power of Kwanzaa and the fifth principle Nia, Shades of Afrika restored the oldest venue in Long Beach, Sunset Lodge #26, to host this year’s festivities. There will be face painting, local artisans, meals prepared by local chefs, and a candle lighting ceremony.

Kwanzaa was created in response to heightened racial tensions and social injustices against the African American community in the ‘60s. Today, the holiday enlightens the world about African culture and empowers the African diaspora.

Since 1966, Kwanzaa has expanded tremendously. Kwanzaa may have been born several decades ago with the Black Power movement, but the passion of its observers has sustained a life of encouragement and a fierce determination to empower one another in community.

Last year was the fiftieth anniversary of Kwanzaa, but the practice of unity, self-determination, creativity and faith is timeless.