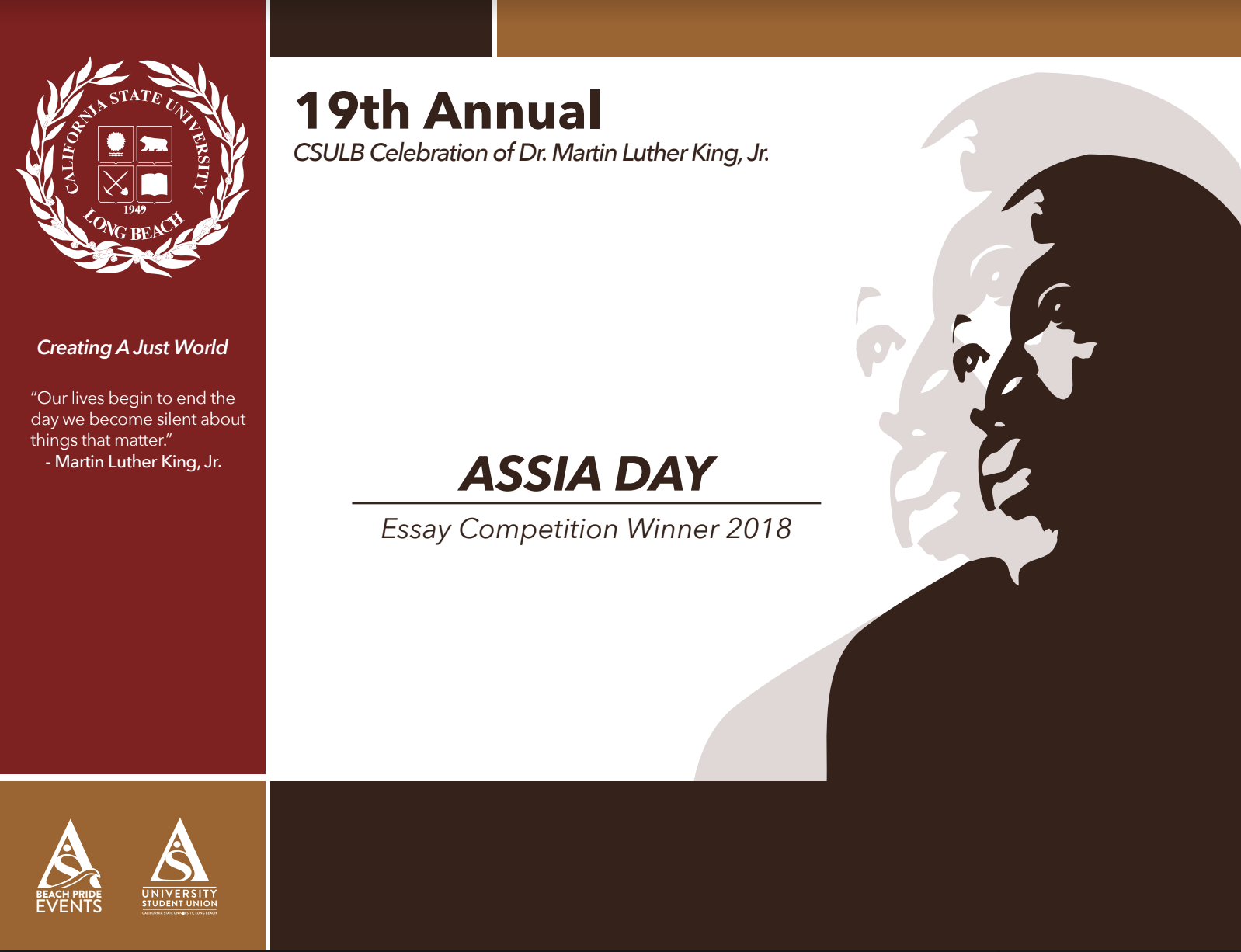 In honor of Black History Month, Beach Pride Events hosted the 19th Annual MLK Jr. Celebration. The event was founded in 1999 by the Cal State Long Beach Black Faculty & Staff and has continued to be an annual tradition for the past 19 years. The celebration featured performers, singers, spoken word and a panel discussion that shared views on how King’s message is still relevant today and how we can continue pushing towards the peaceful world he always desired. This event also featured a student essay competition.

Beach Pride Events would like to recognize CSULB student Assia Day for winning the 19th Annual MLK Jr. Celebration Essay Contest. She is a communication studies major. Below is her winning essay. Congratulations Assia!

A classic film that has graced television screens in classrooms across the country since 1999. Groundbreaking at the time, the movie showcased a world unaffected by Dr. King’s dreams of racial equality. His influence was ripped from society, and the characters within the film were left with the remains. Sounds horrible, right?

Dr. Martin Luther King Jr. dedicated his life to forming a just world. He was bombed, jailed, harassed and ultimately killed because of his commitment to justice and racial equality. Though Dr. King’s vision is currently not a reality, the significant stamp he left on the world is still firmly imprinted into our culture. His words and ideas are still repeated verbatim, nearly fifty years after his untimely death.

One would be hard-pressed to find a person unaware of who Martin Luther King was, and what he dreamed of. Most of us know of, or grew up on, a “Dr. Martin Luther King Jr.” street. Personally, I attended a Martin Luther King Jr. middle school, and both my parents are employed at separate schools that are also named after him. In a world so influenced by Dr. King’s words, it is important to take a step back and analyze how we as individuals are contributing to the creation of a just world.

Upon first glance…I will admit, that this is daunting. Anyone knowledgeable of Dr. King’s work, will know that he went through many horrible situations to make his vision tangible. But at a smaller, more manageable level, there are definitely ways to make an impact on your respective communities and in return, the world.