The rising stakes of LA basketball

Story and Photos by Irvin Morales

A grandeur pair of Nike billboards rests above Fleming’s Prime Steakhouse & Winebar, at the corner of Figueroa Street and Olympic Boulevard in downtown Los Angeles. One showcases Clippers forward Paul George, in shooting form, along with a caption that reads: “Everything shines brighter in L.A.” The other illustrates a fired up Anthony Davis donning a Lakers jersey, with the caption: “Write your own Hollywood ending.”

The awe-inspiring illustrations are indicative of the discerning buzz that’s now roaming across neighborhoods and streets of Southern California. The stakes of LA basketball have never been as high as they currently are, and boy, has it been quite a treat for Angelinos, thus far.

A quarter into the commencement of the 2019-20 NBA season, the Los Angeles Lakers (18-3) and the LA Clippers (16-6) are the bellwether franchises in the Western Conference. This is the first time in league history where both hometown teams have burgeoned toward the first and second seeds at any point, in 73 seasons.

George and Davis have been widely regarded as superstar-level players, who once served as faces of NBA franchises. George spent his first seven years of his career with the Indiana Pacers, as did Davis, but with the New Orleans Pelicans. Despite dominating their competition more often than not, they often struggled to catapult teams when it mattered most -- in playoff contention -- combining for a mediocre 39-50 record in postseason play. 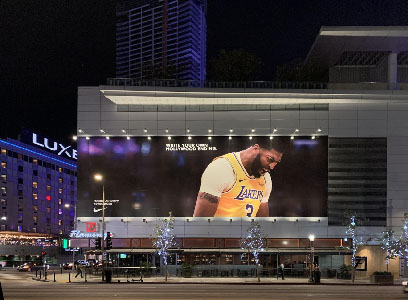 It’s yet to be seen if either or both are able to defy the overwhelming odds, especially in a glamorous city where the lights shine the brightest and the most luminary stars dwell Staples Center’s courtside area. However, with LeBron James (Lakers) and Kawhi Leonard (Clippers) -- arguably the premiere players in the sport -- leading the way, those days may well become remissed and long forgotten, sooner rather than later.

Entering as odds-on favorites to heave the Larry O’Brien trophy, next June, the Clippers and Lakers will potentially have to partake in a cross-hall series, this coming postseason. If so, it will be the first time both franchises face each other in the playoffs, and will go a long way in strengthening an already animus rivalry -- none more apparent than among the fans.

“Clippers will always be little brother residing in mom’s basement,” Mauro Renteria, a self-proclaimed Lakers fan for five years, said. “Sixteen championships to none, and y'all talking about running this city? Hanging selfies instead of banners? Couldn’t be us.”

His friend, Alfredo Berganza -- drenched in Clippers blue and red -- stood bearishly by his side, pivoted, glazed at Renteria’s $12 Walmart Lakers tee, and said, brazenly: “Get back to me in June.”