We Are Proud to Present a Review About the Presentation About the Herero of Namibia, Formerly Known As Southwest Africa, From the German Sudwestafrika, Between the Years 1884-1915 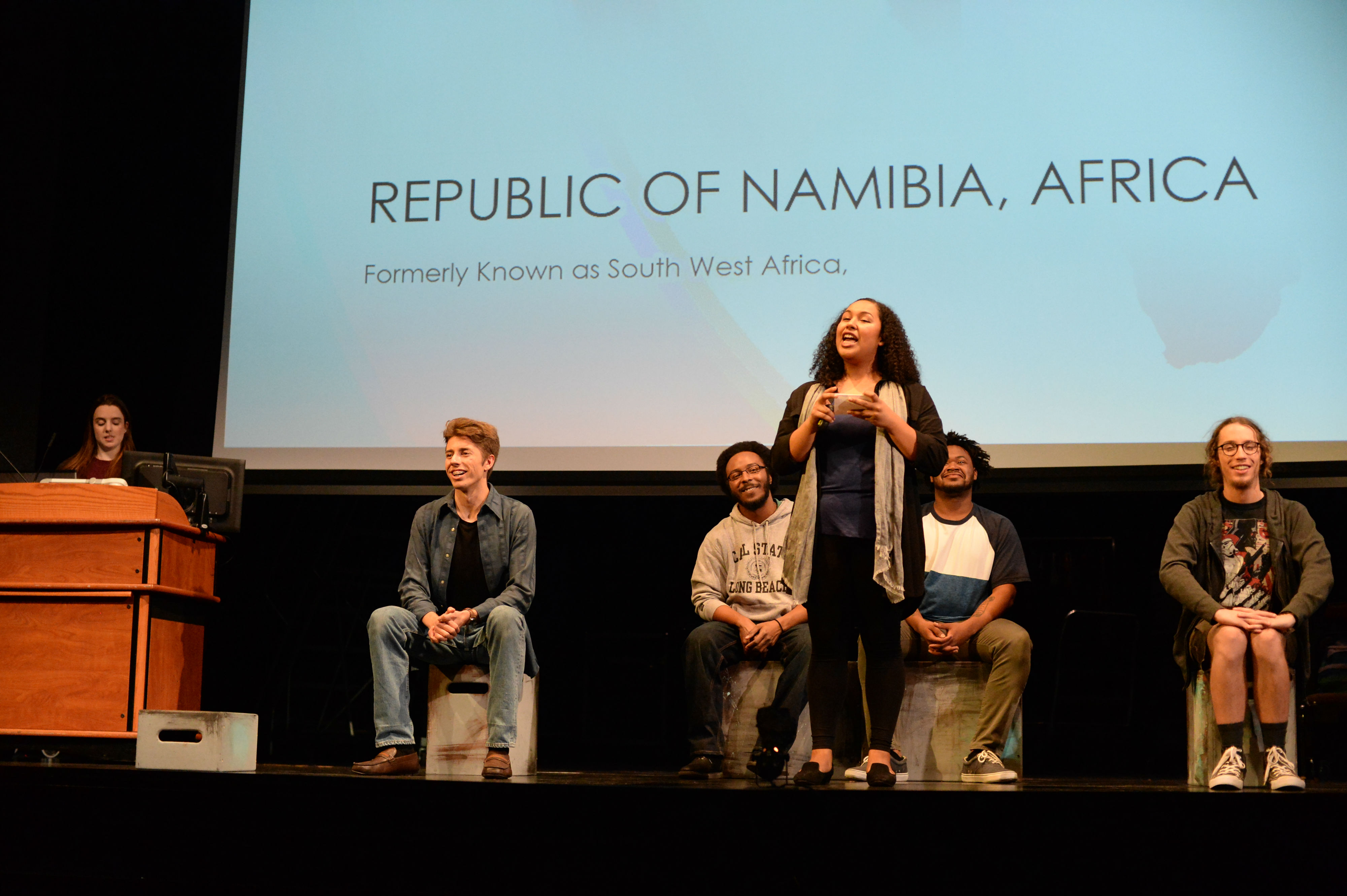 If you hate group projects, you’re not alone.

Between miscommunication issues, lack of clear leadership, and varying levels of effort put in, group projects usually don’t go as planned. It is around this premise that Jackie Sibblies Drury’s dark dramedy “We Are Proud to Present a Presentation About the Herero of Namibia, Formerly Known as Southwest Africa, From the German Sudwestafrika, Between the Years 1884-1915” fixates itself on.

California Repertory Company’s “We Are Proud to Present” is full of light banter and misunderstandings. It is a meta-theatrical piece that asks its audience to simply come along for the ride as a cast of six navigate the line between history and the present. 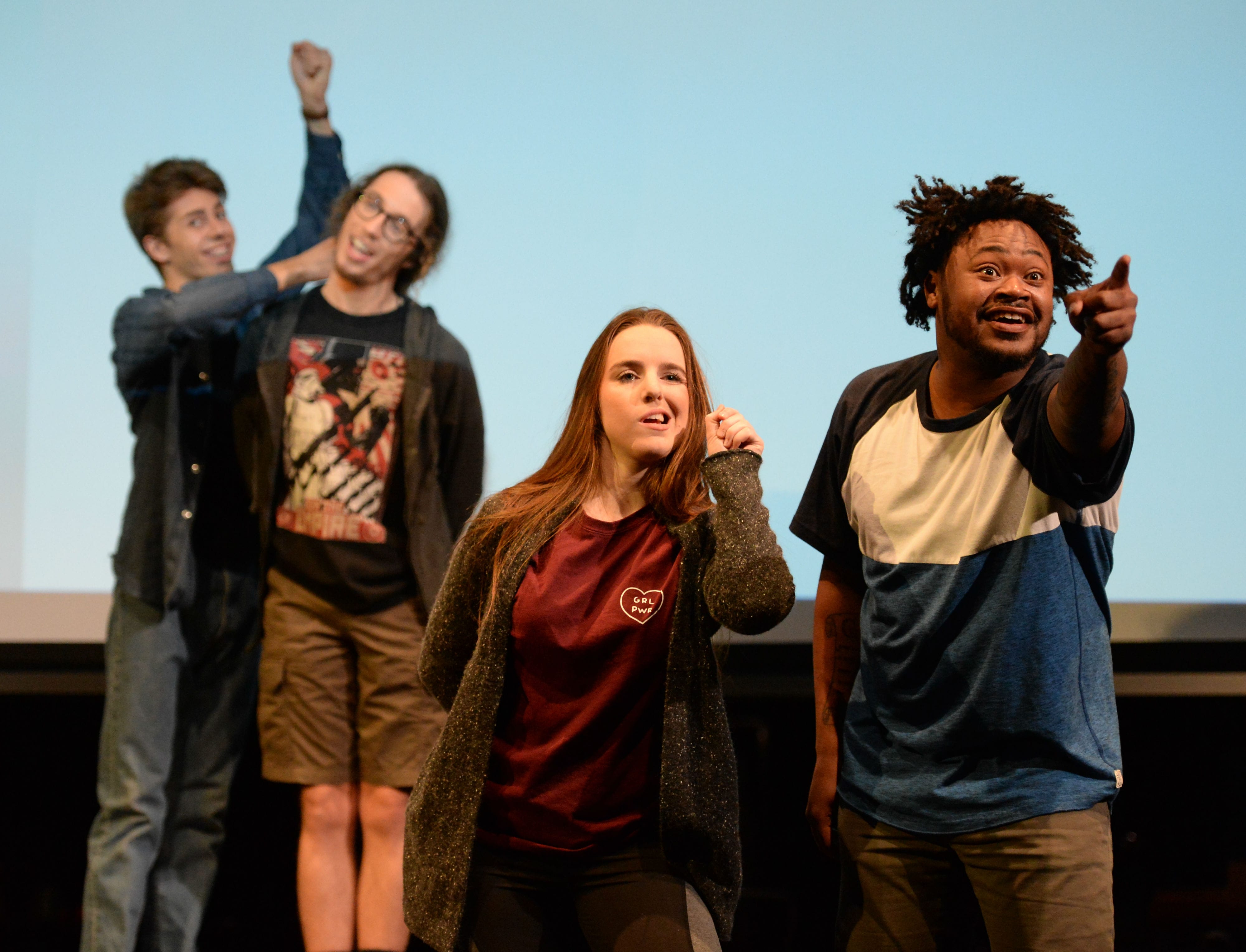 The opening is delivered by a character called “Black Woman” (Mercedes Cooper), and is presented in the same way most class presentations would begin. There are skits in the presentation and jokes throughout the initial scene. The cheap production value of the presentation’s props — at one point, there are paper bag puppets of cows — and the sometimes hammy acting lend itself to the illusion. It’s casual, and Black Woman promises the presentation will be “fun” despite its grim subject matter: the genocide of the Herero and Nama peoples.

This is where the work of covering the first half of the 20th century begins: how do you tell the story of a conflict that only has one side of the story told?

This serves as a point of contention for the rest of the production, as its white cast members grapple with the privilege of having records of the past, and the black cast members try to find a connection to the Hereros with no guidance of their own. The conversation intensified when White Man dismisses the possibility that the genocide even happened, comparing it to a “rehearsal Holocaust” in the heat of the moment.

Arguments and tensions heat up as the young actors walk the line between “historical accuracies” and their own sensitivities.

To Black Woman, the Herero woman she saw in a magazine article was representative of a part of her history and a part of her family. She now feels that she has a sense of lineage different than she did before, where she only felt “American.” 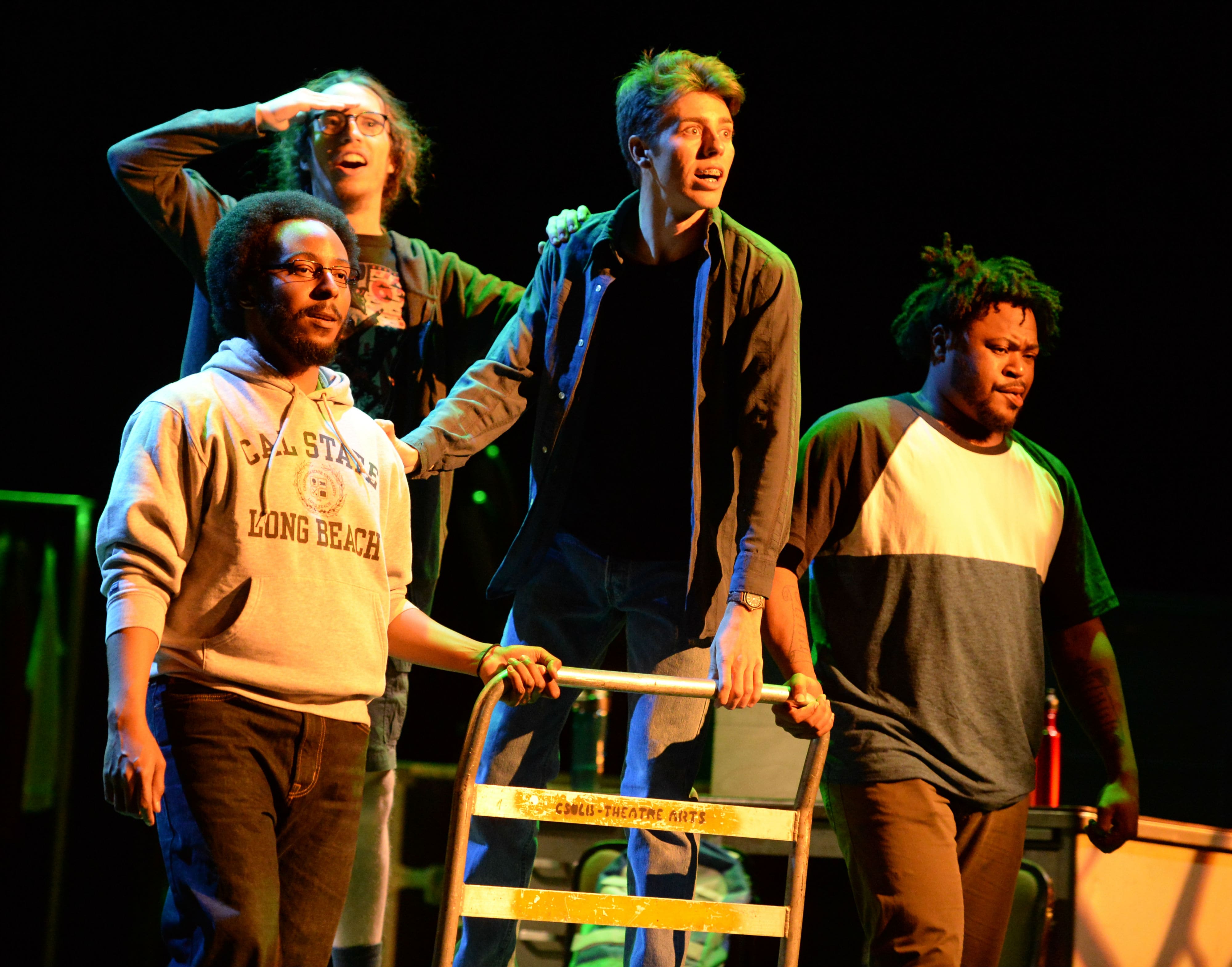 Another White Man (Sean Warren) argues that Black Woman couldn’t “walk in the shoes of the Herero” because she cannot take on a person’s lived identity. She can pretend to be them, certainly, but she cannot actually be them. This speaks to a larger conversation of black identity and heritage.

Black Woman, Black Man and Another Black Man (Ramon Edwards) cannot claim their heritages because they have never had the opportunity to connect to them. Their ties to their lineage, represented by Black Woman’s struggle in her monologue, disappeared. Their histories, aptly summed up in a monologue by Another Black Man about a fire the Hereros believed contained their ancestors, were erased and taken away from them.

“We Are Proud to Present” then asks the more poignant question: can contemporary African Americans really relate to a genocide of their past that took place nearly two centuries ago? And can society truly take history as fact, knowing full well that it is often defined by one group alone? 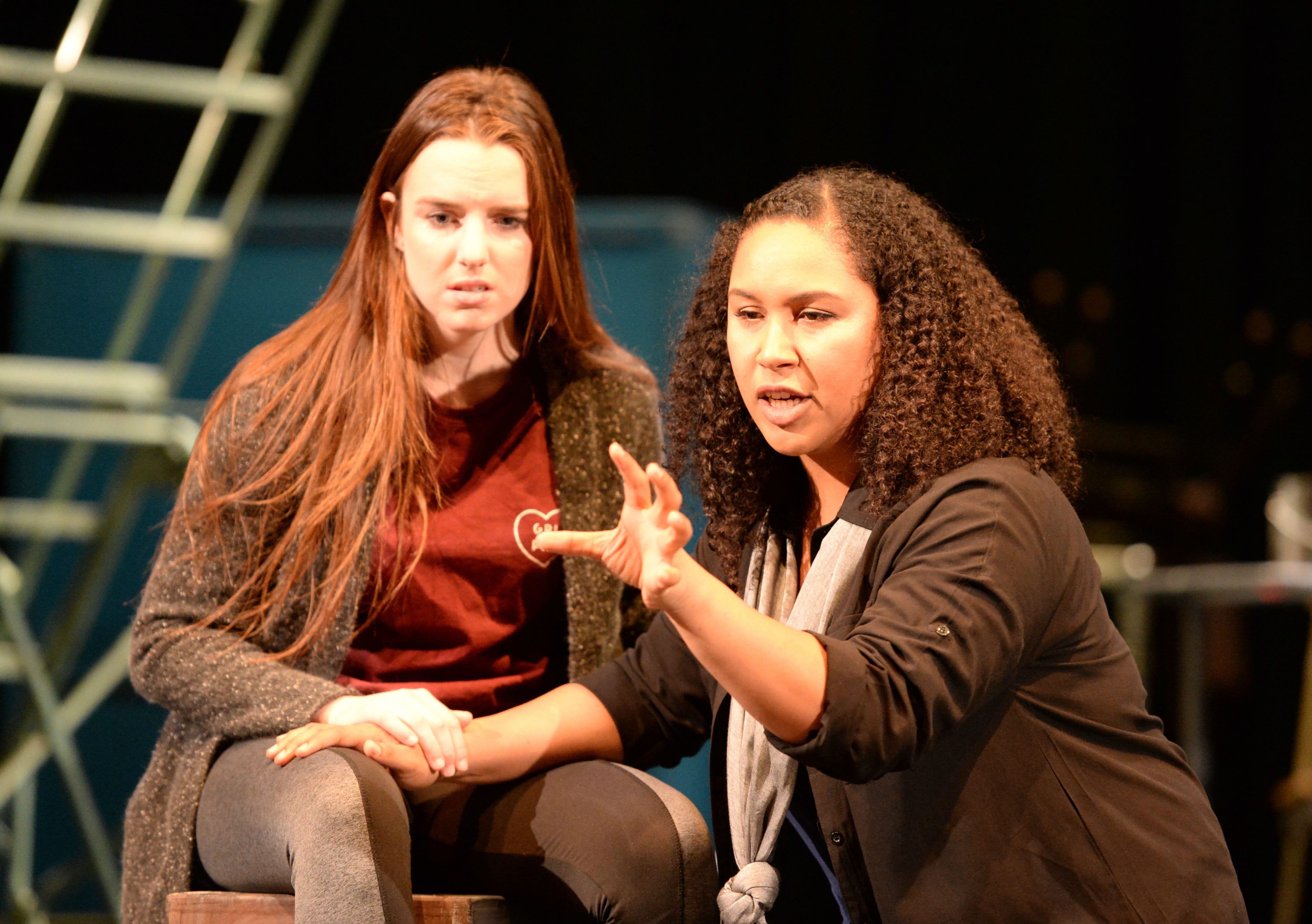 The performances of the entire cast were phenomenal, with standout performances from Oliver and Maniex. In their shared scenes, Oliver and Maniex create an atmosphere so tense that the audience could cut it with a knife. Independently, they work to create a depth for both sides of the argument, the peak of which results in the ending scene, in which the cruelty of Maniex’s performance and the fear in Oliver’s eyes leaves the audience’s skins crawling and stomachs turning. Camryn Hohneker also performed spectacularly, with constant transitions from joking and disarming to somber and emotional. Cooper and Warren did beautifully as each other’s foils in the “Mammy” scene.

It deals heavily in uncomfortable conversations and one cannot help but wonder if it might be some form of visual masochism.

Edwards, too, is deserving of applause for his final moments on the stage, where he looks out at the audience as if to question where it all went wrong but knowing, at the same time, why it did. As the final actor to leave the stage, his actions held a lasting influence over the audience that helped transition to the production’s post-show discussion.

“We Are Proud to Present” is truly an exhausting production to watch. It deals heavily in uncomfortable conversations and one cannot help but wonder if it might be some form of visual masochism. But it is meant to be uncomfortable. Turning away from the conversations the show tries to incite is unproductive and as a country, we can no longer continue to accept history written by dominant powers.

But really, though. If you’re out there, watching this show or reading this review, professors: group projects suck.

“We Are Proud to Present a Presentation About the Herero of Namibia, Formerly Known as South West Africa, from the German Sudwestafrika, Between the Years of 1884-1915” will be playing through March 17 with shows at 8 p.m. Wednesday, Friday and Saturday. There will be a special “inside look” performance on Thursday at 7 p.m. Tickets for students and faculty are $15; tickets for the general public are $20. Tickets can be purchased at the box office or online.