Spreading Across the City

HIV is still here, and Long Beach is having a hard time fighting it 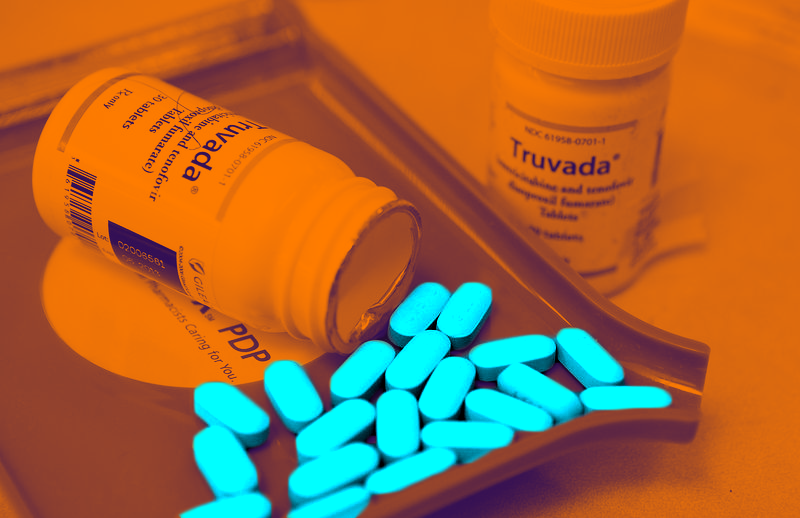 If you’re a young person between the age of 18 and 30 and you hook up in Long Beach this week, your risk of getting a sexually transmitted infection is five times higher than it was five years ago. Without any change in your actions, you are at five times more risk.

Long Beach has a problem when it comes to sexually transmitted diseases. The city’s rate of HIV infection is higher than the rest of the state. In 2016, the city had the second highest rate of chlamydia and the third highest rate of gonorrhea and syphilis in California.

Let’s focus on HIV. These days, most people know what the risks are and how it spreads. Medication can treat HIV-positive people and they can live healthy, normal lives. Infection can be prevented altogether, a crucial step in eliminating the disease completely.

That preventative medication wasn’t approved for sale until 2012. PrEP stands for pre-exposure prophylaxis, and describes a family of medications approved for daily use by HIV-negative people to prevent HIV infection. The most common form of PrEP is called Truvada.

The people most at risk of contracting HIV are young men who have sex with men, abbreviated to MSM by most institutions tracking HIV. The risk of a gay man becoming HIV-positive in his lifetime is 1 in 6. For a Latino gay man, it’s 1 in 4. For a black gay man, it’s 1 in 2.

C.A.R.E. is a PrEP Center of Excellence, picked by the county of Los Angeles to provide comprehensive services to uninsured people, undocumented people, and people under the age of 26 who need to hide their HIV status from their parents. While lots of clinics and healthcare programs offer screenings and PrEP, C.A.R.E. also covers mental health and emergency services. LA County has a really strong HIV program, one that prioritizes safety and accessibility.

Buitron believes that an integral part of public health is being able to provide services to everyone. If people don’t think they have access to services, they aren’t going to attempt to get treated and the disease will continue to spread.

But HIV doesn’t have to spread. Medicine can bring the viral load in HIV-positive people down to nearly undetectable levels, drastically reducing the risk of transmission. For example, the PARTNER study documented more than 58,000 condomless sex acts between both gay and straight couples. These couples were all of mixed HIV status, where the HIV-positive partner had been taking medication long enough for their viral loads to be at undetectable levels and the HIV-negative partner was not taking PrEP. They found no instances of HIV transmission.

There are federal, state and local initiatives to fully eliminate HIV. The gist of the plan, developed during the Obama administration, is to get everyone at risk of HIV tested and get everyone with HIV on medication. It seems pretty simple, put like that.

Centers for Disease Control and Prevention estimates that 15.8 percent of people with HIV aren’t aware they’re infected. They estimate that out of about 60,000 people with HIV in LA, about 10,000 aren’t aware they’re HIV-positive. Most people are infected by people who don’t know they have HIV, or who suspect they have been infected but haven’t been tested. Most of those people are not receiving treatment because they have a hard time getting it — often they’re homeless, or have a drug addiction or mental health issues.

In order to effectively combat the spread of HIV, institutions have to serve the particularly vulnerable populations. MSM are a sliver of the city’s population, but make up 70 percent of its HIV cases.

We’re going to zoom out for a second. Public health initiatives are funded by our tax dollars, which are collected and then distributed by the federal government to states, who distribute the funds they get to county health departments, prioritizing based on reported areas of need. But Long Beach is one of three cities in California that operates its own health department within the county; the others are Pasadena and Berkeley.

Ideally, this means the Long Beach health department can better serve the specific needs of its community. But it also means the city gets a very small amount of funds relative to the rest of the county. Programs like C.A.R.E. have to apply for public grants for each of their projects, but the funds come from the county or state.

Buitron believes that Long Beach city programs aren’t effectively working toward preventing HIV. He claims their recent campaigns haven’t been targeting MSM. By only directing their ads to the general population, they’re wasting their resources. Buitron thinks the city council is avoiding making an overt political statement by providing services explicitly to gay and bisexual men, to the detriment of all of Long Beach.

On the other hand, since 2016, Long Beach State University has a program that is explicitly supporting young black men who have sex with men. These are the ones who have a 1 in 2 chance of becoming HIV-positive in their lifetime. Called PPOWER, the program is run by the LBSU Center for Health Equity Research. Their goal is to counteract black MSM’s high risk for HIV, Hepatitis C and substance abuse by creating a supportive and informed community. But it’s funded by a federal grant from the Substance Abuse and Mental Health Services Administration. What could the local government be doing?

In the ‘80s, when HIV was killing people every single day, some people had the idea that the disease was a comeuppance for gay men, that they were being punished for their sins. But we know that’s not true — HIV is a disease that largely affects intravenous drug users and gay men by circumstance, not punishment, and the disease took hundred of thousands of lives because governments refused to protect their most vulnerable populations. Based on Long Beach’s public health program, that era is not fully in our past.