Safer in the Kitchen

On Friday the thirteenth in March, I had my last meal dining in at a restaurant. It was for my friend Andrew’s birthday and it was sushi. Andrew and another friend also named Andrew ordered a 15-course meal each as I sheepishly snacked on gyozas and garlic edamame; I’m not a fan of seafood. But three bottles of hot sake in and I found myself shoveling Oliver’s baked salmon rolls in my mouth. This is the only way to experience food, I thought to myself as I reached into a food coma-induced nirvana: with your loved ones, venturing your palette out a little more. The head chef John came out to our table to personally greet the Andrews, who were regulars, to ask how everybody enjoyed their food and inquire about family members. Just a couple days after, dining in became shut down for the foreseeable future.

Since that evening, our government has told us what to do but not how to behave, as anyone who has frequented a grocery store in the last month should know. I’ve bared witness to the entire spectrum of apocalyptic behavior: unnecessary hoarding of toilet paper on one end, the parading on Instagram stories of clearly not adhering to social distancing rules on another. The absence of the simple pleasures we had taken for granted — like going out to eat, for instance — has been an odd thing. By now we’ve all pretty much adjusted to it, but the absence of one thing doesn’t necessarily equate to it’s complete obsolescence. I may not be able to share food with friends in our favorite milieu, but that doesn’t mean that food cannot transcend this virus.

I came to this realization on a cozy and wet evening after opening my Discord app, where my friends and I have been in near-constant convene since quarantine began, and sent a picture of my dinner: an arugula spring salad with garlic and aioli on wheat sourdough toast and chicken gnocchi soup. Richard replied with a picture of his steak (cooked well done, which immediately ensued a debate) and one of the Andrews replied with homemade tacos doused in house salsa. It was during this intimate pastime that had become regular for us that I felt a jolting pang of how much we thoroughly all missed each other. 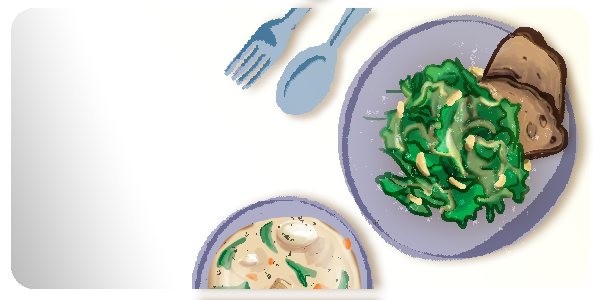 “We are so starved for touch that we’re sending pictures of our meals as our way of reaching out for human connection,” I replied on our chat. Oliver thankfully steered this random turn of glumness away by responding with a picture of his dinner: a McPick Two. (Just two 10-piece chicken McNuggets standing forlornly side by side.)

I’ve never had the time to cook much in my adult life, busy always being a full-time something, and the thought of standing around a stove waiting for something to cook had been tedious to me. When quarantine began, I started with small potatoes (literally). I wanted to recreate the potatoes from mine and my boyfriend’s favorite breakfast spot, a place in the Haight in San Francisco: chunkily chopped, with rosemary and garlic, just marginally over-cooked. I began cooking them almost every morning: for my mom before she went off to her front line duty of being a nurse; for my boyfriend before he helped me repaint my room. It took me a few weeks before I realized what I had taken for a corny cliché was actually true: cooking is a love language. What better time to develop and express that than now? 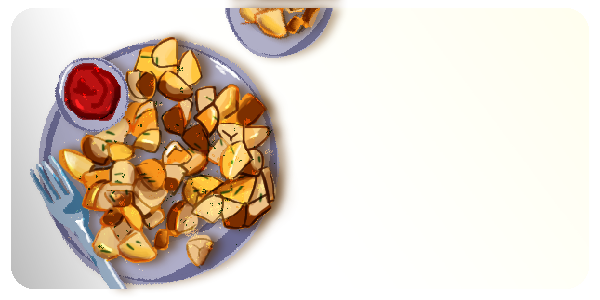 I have been throwing whatever vaguely unsure feelings I’ve had into anything remotely food related. I’ve become prone to behaving like a suburban mom, hoarding recipes on categorized boards on Pinterest. I spend nearly every waking moment at home in my kitchen. I’ve begun to bake unnecessary amounts of sweets — mostly pumpkin chocolate chip cookies and sweet potato muffins — which may be a tad concerning. A bit more questionable: the daily tendency to drag myself out of bed and straight into the kitchen with my laptop, notebooks, pens, highlighters and whatever books I’m reading at the moment, and plopping myself at the kitchen table. From this point on for the rest of the day, I am unable to extract myself from the kitchen. I work and drink coffee until I take a break to exercise, which I’ve also taken to doing — you guessed it — in the kitchen; I hook my resistance bands onto everything, keep my yoga mat by my feet and, in between these daily recurrences — which I will invariably partake in tomorrow, and the next day, and every day until quarantine ends — I cook. In short: I have become the type of woman I never thought I would, finding comfort in the domestic delights I had no patience for pre-Covid. 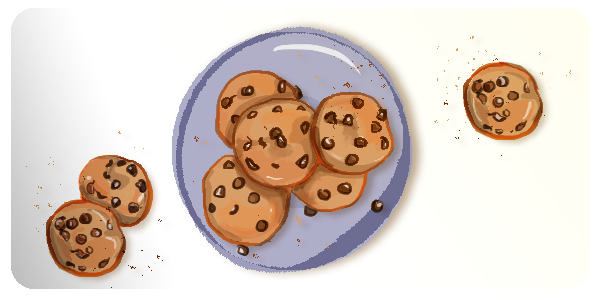 Maybe this is because, if my mind wanders, I’ll burn the onions I was supposed to sauté or overcook the meat (which should never be completely well done, Richard!) Maybe it’s because when you watch someone you love bite into something you made for them, the satisfaction of sharing that prandial pleasure with them is enough to put a pause on the world around. For now, all I can do is haunt my local farmers market six feet apart and get into the heated debate of how to properly prepare a dish with my friends. But at least I know that when this is all over, we’ll have recipes to share and argue about in person, proving that food, amongst other things, was one of the driving forces behind keeping us connected while we were apart.