The Price to Party 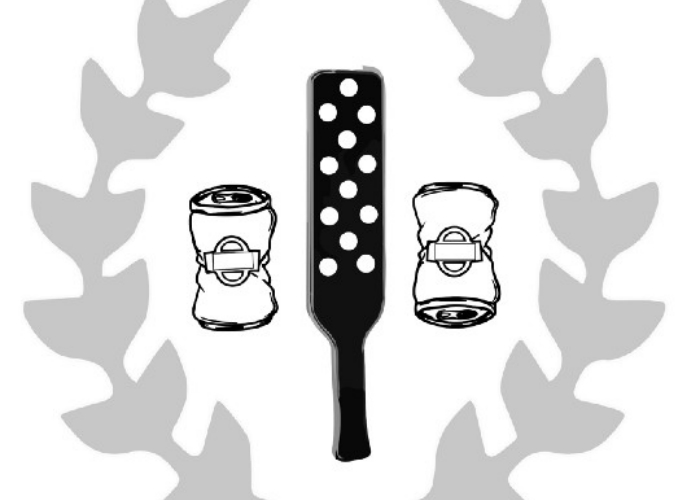 Although hazing is accountable for numerous deaths and injuries, a lack of college disciplinary action and an unspoken code of silence within college organizations allows this behavior to continue on campuses across America.

Anti-hazing laws surprisingly do exist. According to Vice, “Forty-four states have laws against hazing.” Most are, unfortunately, “basically a symbolic gesture,” according to Hank Nuwer, a professor at Newton College. Even in states where hazing is classified as a felony, like Illinois, it continues to run rampant. Last March, five Wheaton College students blindfolded and assaulted a freshmen and left him tied up and unclothed in a baseball field overnight with two torn muscles. The students involved were eventually charged with “aggravated battery, mob action and unlawful restraint,” as reported by the Chicago Tribune. Officials at Wheaton College, however, were more restrained in their own punishment for the students. According to the Chicago Tribune, “community service and an essay” is what they decided was acceptable. They basically told them to sit in a corner and think hard about what they had done, like misbehaved school children who talk too much during class. People get community service for petty traffic fines and minor theft, not for kidnapping and battery.

Sadly, most universities have difficulties punishing college organizations even when their “harmless pranks” occasionally result in death and other bodily injury. This is especially true when it comes to varsity sports teams, where a substantial percentage of hazing takes place. At Wheaton College, these five students were part of a Division III program ranked fourth in the country. And of course, they were still allowed to play football for the remainder of the year. By allowing these students to continue to play, the university essentially told its student body that their football team is more important than their safety.

This behavior extends into Greek organizations. The managing director of the Learning Collaborative on High-Risk Drinking, Lisa C. Johnson, said that these organizations are “fraught with politics” and that universities risk the loss of funding from generous alumni who take pride in Greek traditions. This matter is further complicated by the fact that Greek houses are often owned by fraternities rather than universities. Colleges rarely take adequate measures against hazing. In turn, the severity of the problem is institutionally erased, preventing students from reporting these incidents in the future.

Many witnesses to hazing are reluctant to speak up. Even at CSULB, hazing is common within campus fraternities, but it is rarely ever discussed or reported, according to a sorority member who would like her identity to remain confidential. According to her, new recruits are often treated as “servants” and are required to do things as mundane as fetching Starbucks drinks to even more humiliating actions. Cornell University reported incidents of hazing that included having to “lie down naked in a makeshift pool filled with six inches of ice water, beer, kitchen garbage and urine… required to drink water from a cleaned toilet [and] be struck with blunt objects…” According to Arkansas Tech, 95 percent of students do not report hazing incidents. Universities and their organizations have created a culture of silence in which reporting violent and harmful incidents is actually frowned upon.

However, due to recent events, universities have begun to take action. Many sororities on campus have banned hazing and states are creating anti-hazing laws that are less forgiving. Unfortunately, usually, no serious action is taken against hazing unless something drastic has happened. For students, speaking out against hazing is key and knowing what constitutes hazing is important. Upperclassmen who berate and humiliate new recruits should not be considered “brothers” or “sisters.” Being tied up and forced to drink while beaten is not a harmless prank, it’s a serious felony that could lead to one year in jail, according to the Illinois General Assembly. Federal and state laws, however, are not as powerful as university culture that allows and even encourages this behavior. It is not until universities start to value student health over school pride that hazing practices may finally come to an end.