“Woke!: A Revolutionary Cabaret” That is More of a Gut Reaction

Cal Rep kicks off new political series with a play that calls for change, but offers no direction for it

“Woke!” consists of a series of spoken-word personal narratives that deal with racism, sexism, feminism and all of their intricate intersectionalities. It’s the first installment in the theatre’s “Devising Democracy” series, a line of productions intended to generate conversation around current political issues.

The play has a lot of material to address in its two-hour runtime. From police brutality to white feminism, “Woke!” makes an adamant effort to thrust injustices into the forefront of the audience’s mind.

What it fails to offer, however, is a remedy to the situations presented. 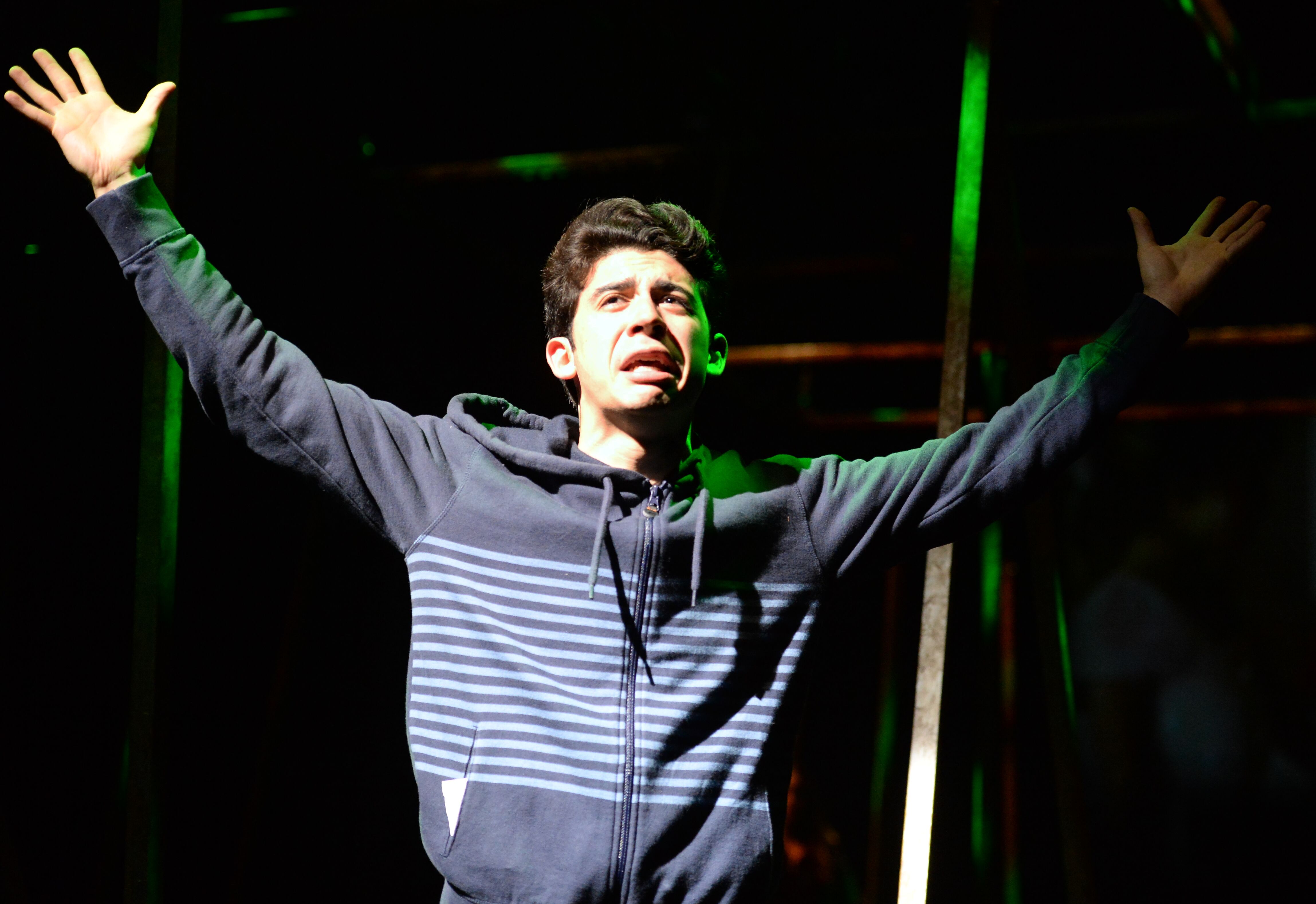 Though “Woke!” pleaded for change, it made no clear demonstration on how to create it.

That’s not to say that “Woke!” is not without its merit. It’s an emotional tour de force that, if anything, reminds audience members that solidarity is our only defense in a country that praises fanatical individualism and superiority.

The ensemble cast presents a united empathy. The personal experiences of and interactions between the older professional actors Alexandra Billings and Jonathan Talberg and the younger cast members draw parallels between the vitriol of past and current sexual and racial discrimination.

This theme of connectedness seeps into the brilliantly executed set and costume design. All of “Woke!” is acted out within the confines of movable prison bars, a simple yet powerful choice that gives the cast autonomy their captivity. The costumes — ripped jeans, torn shirts and boots — represent a shared weariness by the ensemble and young Americans.

There is an undeniable passion to the play. Lines like, “Yo tengo la revolución en mi sangre” and, “Will I live like Beyoncé or die like Sandra Bland?” are incorporated into narratives delivered with a commanding power.

But as a whole, it doesn’t go much further.

“Woke!” oscillates between dramatic and satirical to grounded and provocative. From opening with Les Miserables’ “Do You Hear the People Sing?” to featuring a tap-dancing Donald Trump, it seems unable to make up its mind on its tone. 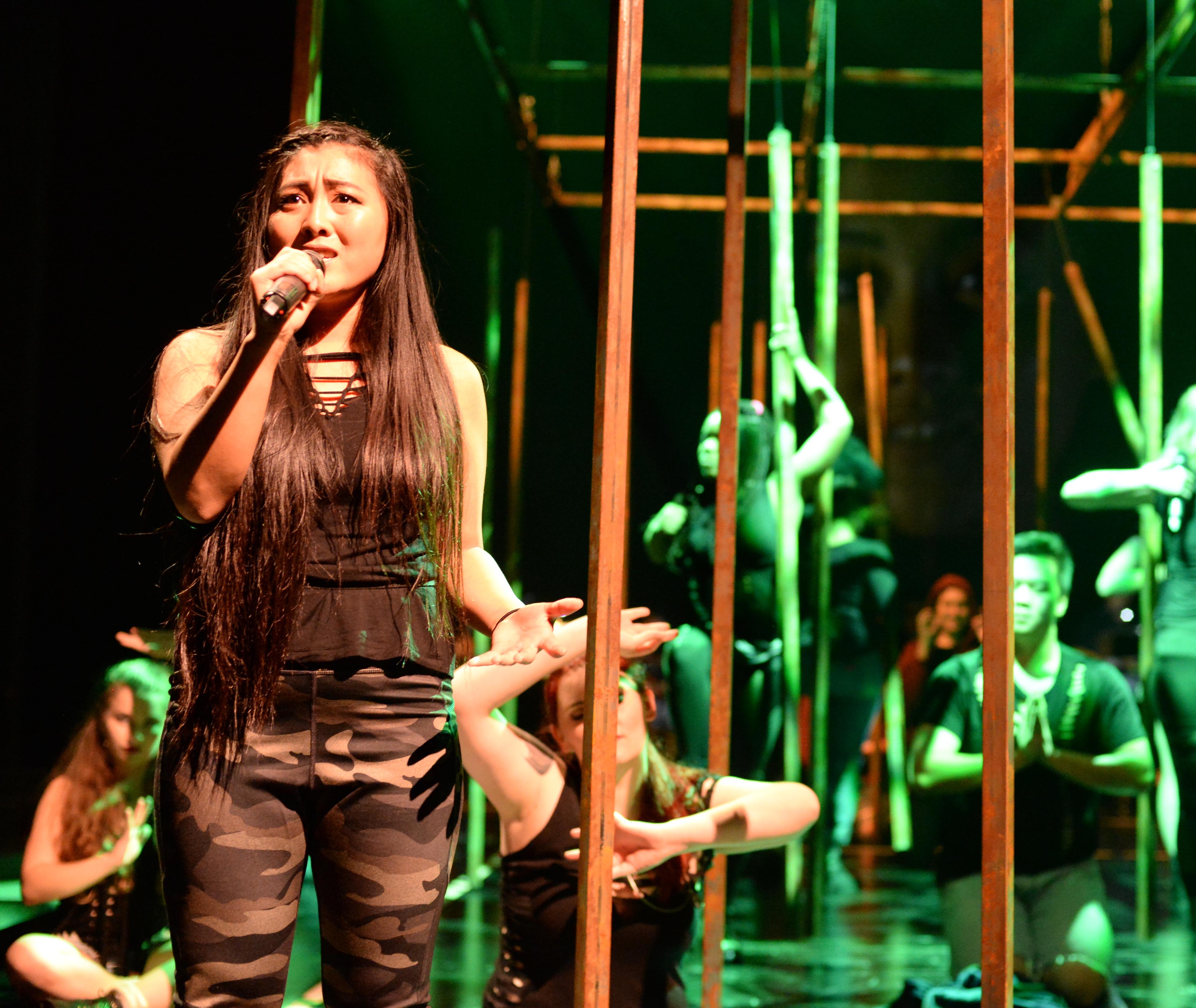 Actors recounted personal experiences of culture clashes, racism and other hardships as the children of immigrant parents.

At one point, the actor playing Trump rips off his mask in a fit of meta desperation and shouts, “I can’t pretend that it’s all funny!”

It’s a moment that touches on our refusal to take our president seriously when he has a significant amount of power. It also symbolizes the rejection of satire as a coping mechanism. But in the end, it’s an out of place moment that draws the audience out of the experience as they try to understand what tone “Woke!” is going for.

The play knows that it’s protesting something, but doesn’t seem too sure about how to execute it. It seems to have trouble finding its own voice — yet it introduces one that will linger in audience members’ minds after they leave.

Ultimately, “Woke!” is a good production for what it is trying to achieve. It’s grounded in realism and beautifully captures the severe dissatisfaction with the Trump administration and its treatment of American citizens. It is not, however, likely to inspire social change with its message. It’s more likely to incite lively short-term discussion in its aftermath.