An Evening with Cheeseburger Eddie 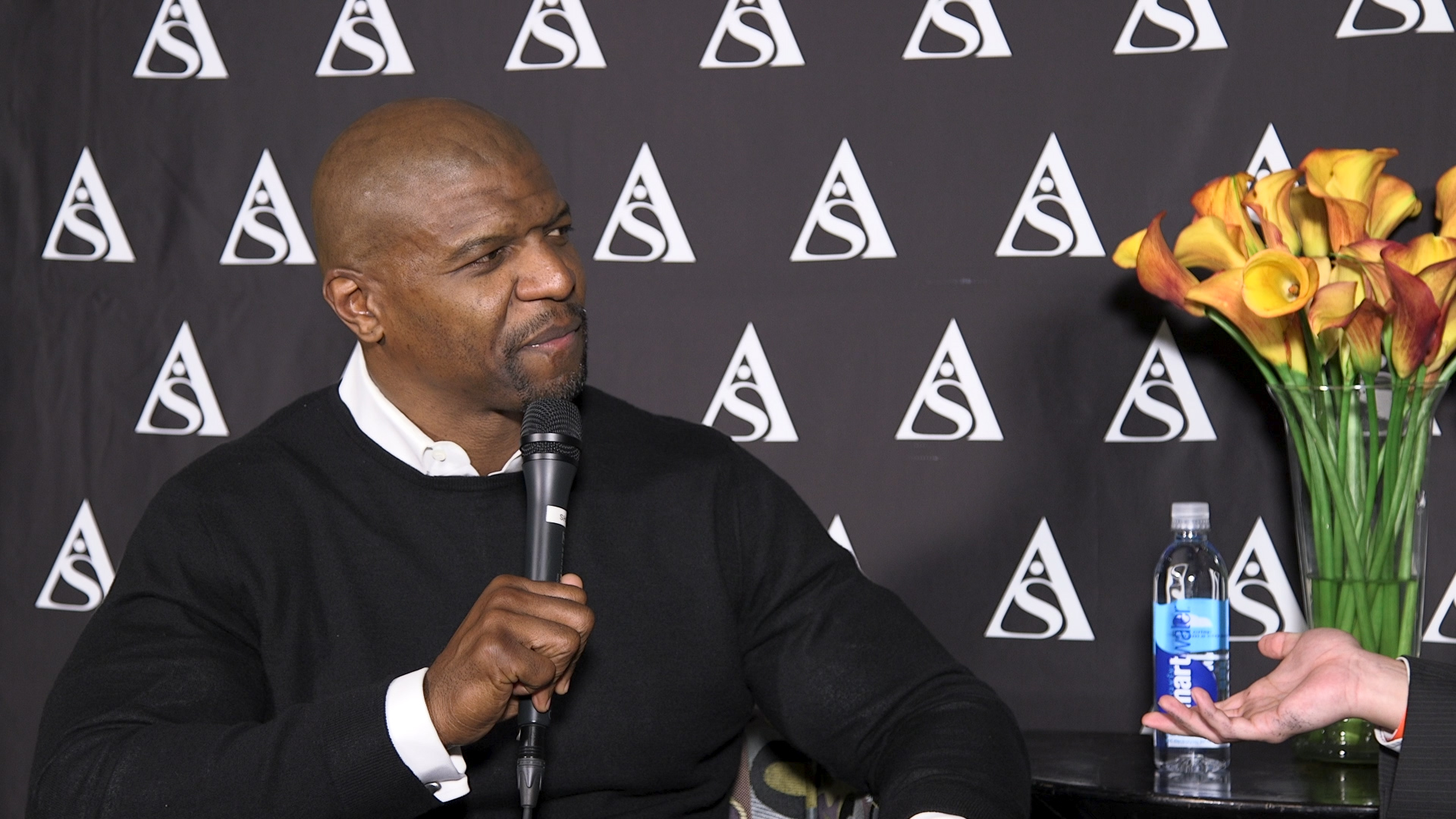 We have all experienced hardship in some way, shape or form. These traumas from our past can grow and manifest to disassemble our future, if we allow them to. However, it is our responsibility to reassemble ourselves. Very few people have reassembled themselves better than  Hollywood’s own Terry Crews.

Crews spoke on issues such as his pornography addiction, being a courtroom sketch artist for a murder trial, toxic masculinity and his ongoing sexual assault lawsuit with Williams Morris Endeavor agent Adam Venit.

Crews encouraged students to “never take no for an answer, no is negotiable.”

A former football player, Crews mentioned his experiences of being twice denied a scholarship at Western Michigan University, before ultimately being awarded a free college education. Crews encouraged students to “never take no for an answer, no is negotiable.”After his senior year at the university, he went on to enjoy a six-year stint in the NFL before moving to Los Angeles to work in entertainment.

Before the fame and fortune, Crews’ life had been filled with numerous battles. Growing up in Flint, Michigan, he experienced his father’s alcoholism and domestic abuse. The actor states that he was “terrified” of his father after witnessing him knock out his mother. “If he could do that to her,” he said. “I was imagining what he could do to me.”

Crews attributed his childhood trauma as the reasoning to why he always searched for some form of escape from his everyday life. Feeling constantly trapped and powerless, he searched for activities that gave him a sense of liberation. He listed his obsession with pornography, his interests in weightlifting and his journey as an artist as ways that he could indeed feel free. 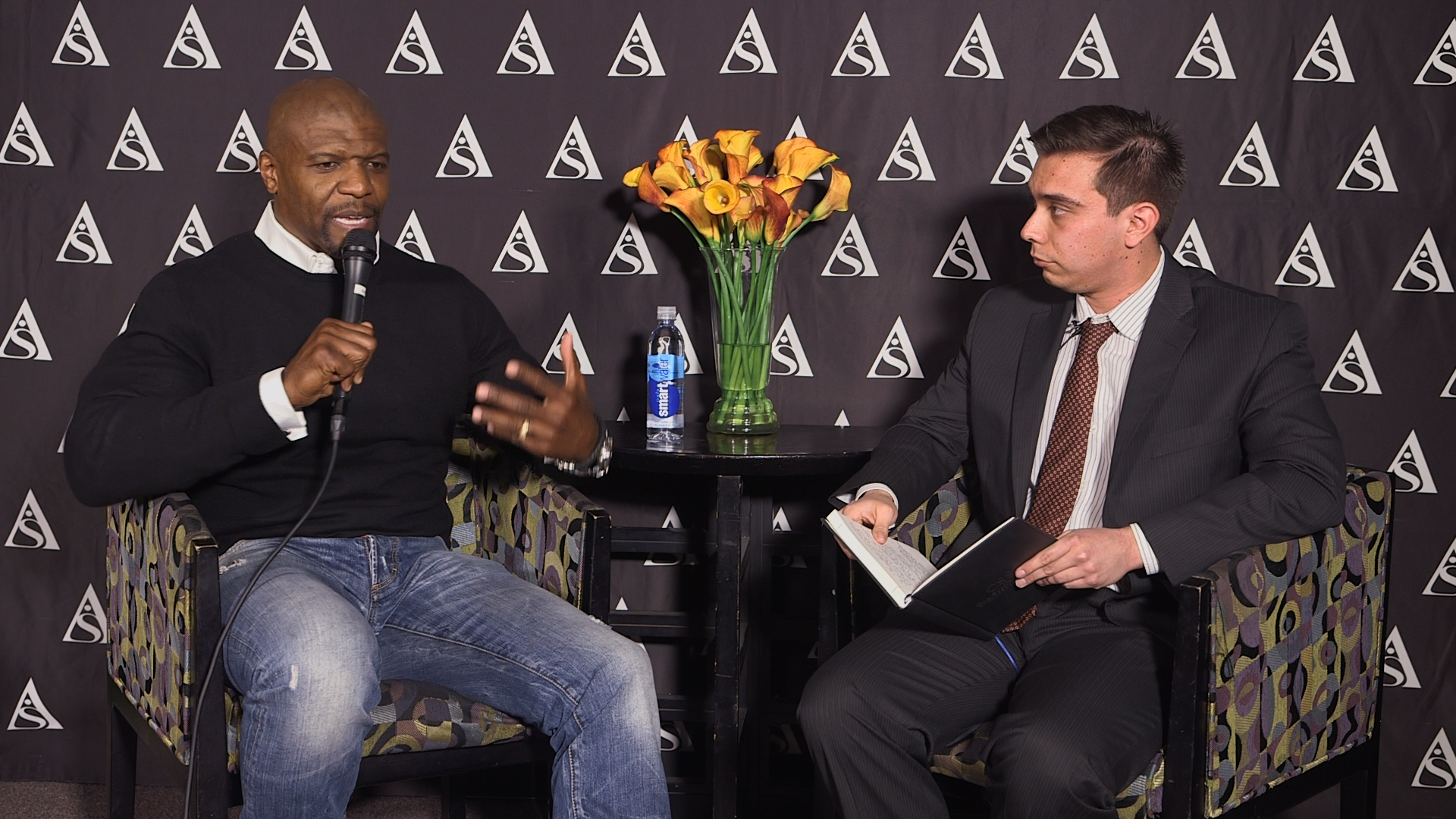 In regards to his pending sexual assault case against Adam Venit, Crews states that “the game is not over, it’s just the third quarter,” and that the future of how these cases will be handled in the country will be based off of the outcome of his own case.

“Rape culture is real. It’s not a witch-hunt, it’s a fumigation.”-Terry Crews

He also sympathizes with other victims of sexual assault who may not come out and speak about their incidents right away. He says a victim needs three key elements to name their accuser: emotional, physical and financial distance.

A staggering number of sexual assault allegations have come out of Hollywood recently. Crews addressed this epidemic, saying, “Rape culture is real. It’s not a witch-hunt, it’s a fumigation.”

By taking us on the journey of his troubled past, Crews managed to display his abilities as a showman, entertaining the crowd with spur of the moment dance moves (yes, he did chest pec dance numerous times) and filling the theater with roars of laughter and applause.

His ability to be completely vulnerable with a crowd, sharing and speaking on topics from the deepest avenues of his life, while still keeping up an almost euphoric and lighthearted atmosphere, was indeed a feat. Nothing further captures his essence than the moment when he responded to someone wondering if his civil case will hurt his acting career. Crews simply said, “If my acting career ends today, I’ll be a furniture designer,” a reference to his recent furniture collection.

Crews answered questions about how he is handling the pressure of the spotlight of his sexual assault. He said that he is “so honored to lead by example” and told victims not to “feel that you did anything wrong, you didn’t deserve any abuse.”

The inspirational night ended with the audience learning exactly who Terry Crews is. His strength does not come from his muscles, which he has plenty of, but his mind and unmatched confidence in himself.