Joker is an experimental piece of cinema. It’s a film delving into the life of a complex character that makes audiences feel sympathetic yet terrified at the same time. Considered to be one of the greatest villains of all time, the Joker has been adapted into many facets of media over the past 75 plus years. There have been many different interpretations of the character. Joaquin Pheonix's take on the Clown Prince of Gotham is nothing short of spectacular. It's original while staying true to the characters roots despite it being an original story. Joker symbolizes a lot of real world themes as it tackles social issues in a way that flows smoothly.The messages don't take away from the storytelling but instead provides a unique perspective into a complex character thanks to amazing cinematography and captivating score. Joker continues to prove the superhero genre is no joke.

Why So Serious?
Jack Nicholson portrayed Joker from the comics, Heath Ledger gave a gritty take on the character, and Joaquin Phoenix exemplified insanity to its highest extent thus far. Moviegoers follow Arthur Fleck as he attempts to fight depression and become a stand-up comedian. The odds are stacked against him due to his mental health issues and a lack of connection to others. There are many scenes that are executed so perfectly that it can be hard to watch at times. Beautiful cinematography, an intense score, and powerful emotions combined make Fleck's journey tragically breathtaking. Joker is paced slower than the average superhero movie which makes the important scenes more impactful. Although its R rating is warranted, the addition of more violence would've been welcomed. Most of the intense scenes involved conversations and plot twists. However, this isn't a typical comic book movie so it’s completely understandable why the filmmakers made the decision to not focus on action. 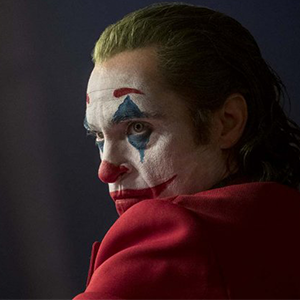 A Dark Realization
Gotham has always been a setting full of chaos and destruction where inhabitants try to make the best of it. Seeing Batman's arch nemesis trying to have a normal life in this cruel world is unconventional. Unlike previous film adaptations, fans never got a standalone story for Joker until now. The recurring issue making this Joker standout is how society motivates his actions. It's a result of the people around him that forces him to accept who he truly is, a psychopath. An intelligent psychopath that points out the flaws in humanity while causing mayhem. Seeing Fleck embrace the madness of the world instead of trying to improve it makes this film all the more tragic. The depiction of it all is brilliantly revealed by director Todd Phillips through his transformation into the Joker. Although Joker focuses on the character's societal and mental health issues, some of the best moments were when he finally put on the makeup. Suffice to say the sparing use of violence and appearance as Joker left more to be desired while other aspects, such as the story and real-world themes, are fleshed out extremely well.

Not So Hidden Easter Eggs
A movie about a character who is associated with and just as popular as Batman must have some hidden secrets throughout the film. Without these moments it would be easy to forget this is a film about Batman’s most iconic threat. To many people’s surprise, one Dark Knight easter egg is seen throughout a handful of scenes in Joker. It was an amazing inclusion because it reminded people that this is (to a certain extent) still a comic book movie without sacrificing realism. One can argue its inclusion stayed longer than it should have but it was used sparingly in multiple scenes that were far different than one another. It's an addition that can definitely satisfy fans of the lore. Joker is an experimental piece of cinema. It was directed by someone who is best known for directing comedies, it’s a unique take on an already established character, and real life issues were seamlessly woven into the title character. Arthur Fleck's obstacles of depression, mental health, loneliness, pain, and self-worth are delved further into when compared to past interpretations. When it comes to pacing, Joker is on the slower side but it allows for more progression and an immensely satisfying transformation into the iconic clown. While more violence and time as the Joker would have benefited the film, it is still a must see movie of the year.