Are you looking for a new show on Netflix? Do you like contests and rap music? Then we might just have a recommendation for you!

But quite frankly, in this day and age the global exposure, aka “clout,” that comes with being on Netflix might just be better than any record label deal. It certainly gives the artist the freedom to choose their own record label.

The main judges are T.I., Chance the Rapper and Cardi B. After the first audition in Los Angeles where all three judges get the help of other hip-hop legends, such as Snoop Dog and the late Nipsey Hussle, the next three episodes are auditions in each judge’s home city; Cardi B hosts an audition in New York City, T.I. in Atlanta and Chance in Chicago.

The contestants come from all over the U.S. to compete against each other in Los Angeles in categories such as rap battles, cyphers, collaborations, stage performance and marketing. While spoiling you with a lot of raw talent and passion by the contestants and famous guests in every episode, the show also provides insights into the hip-hop business and what it takes to “make it” in the industry.

In a span of three weeks from its premiere, Netflix has released new episodes every Wednesday of the week. So far, the show has gained a lot of positive feedback by the critics. We encourage you to watch it and let us know your favorite rapper(s) that you are rooting for. And if you don’t have Netflix or your Netflix “sponsor” kicked you out, don’t worry – Netflix offers a 30-day trial for you to binge watch Rhythm + Flow! 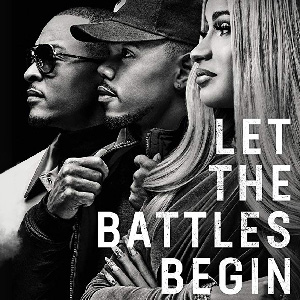