Buskerfest: An Exciting Start in a New City

These last few weeks have been an adventure for me. After all, this is my first year in Long Beach. I wanted to get out and explore the city for all it’s worth, and a recommendation to a music festival called Buskerfest was a wonderful start. I decided to go with it and travel downtown, and I’m glad I did.

At Buskerfest, local artists compete for a cash prize in a “battle of the bands” kind of competition, while bringing entertainment to the citizens of Long Beach. The attendees can vote for the artists they like most by putting wooden nickels in a bucket next to the artist. The artist with the most nickels gets a cash prize. The festival is divided into four small stages, as well as some tents hosting band merchandise, local food and beer, and the wooden nickels needed to vote. The stages themselves are on flatbed trucks and are very minimal, allowing the performers to be the focus.

I’ll detail the competing artists, as well as my thoughts about the festival as a whole. (Apologies to the band Slice, as I completely missed their performance, but I’m confident that they did well.) 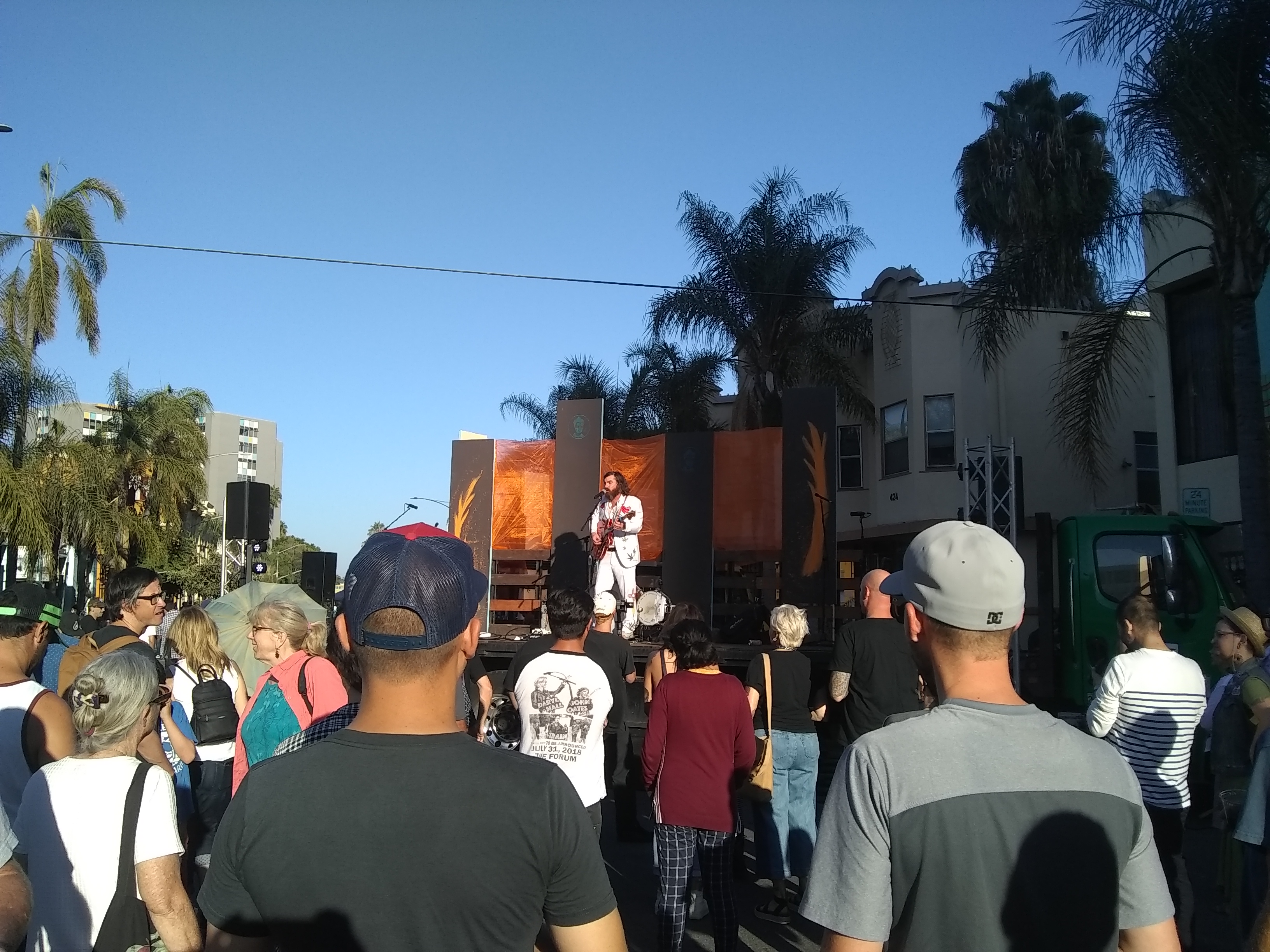 Chief White Lightning performs music reminiscent of classic rock while donning a nice ‘60s-style white suit. He was dishing out some very raw stuff; his sound just felt very organic and smooth, without sounding like it was polished in a studio. I was impressed by his one-man act—he plays a guitar and operates two drums with his feet. 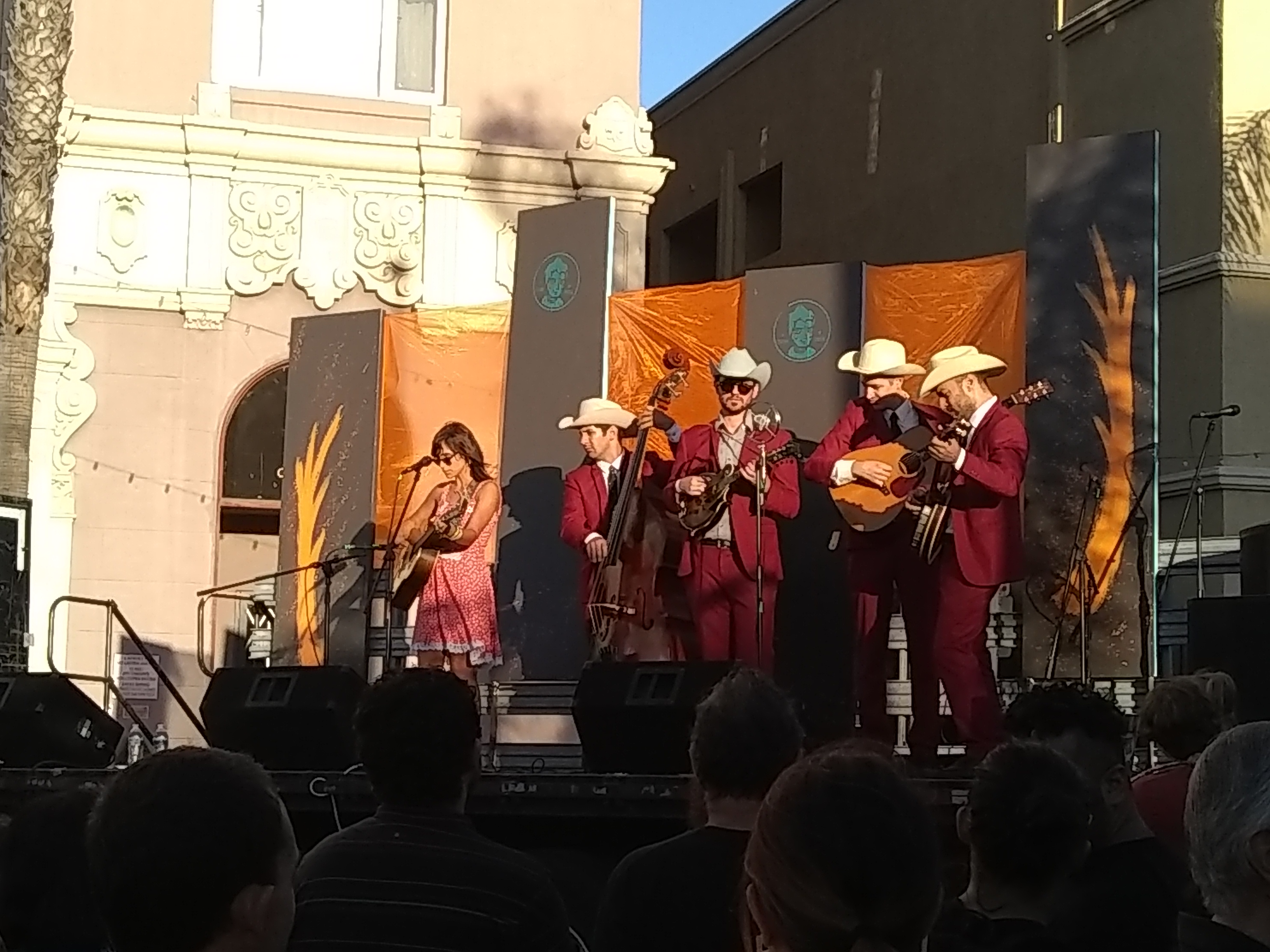 Leeann Skoda and her band's music can be described as sentimental country. Her music was heartfelt and it brought a homey vibe to the audience. Everyone felt warm and fuzzy, families came close together and the vibe was happy and calm. 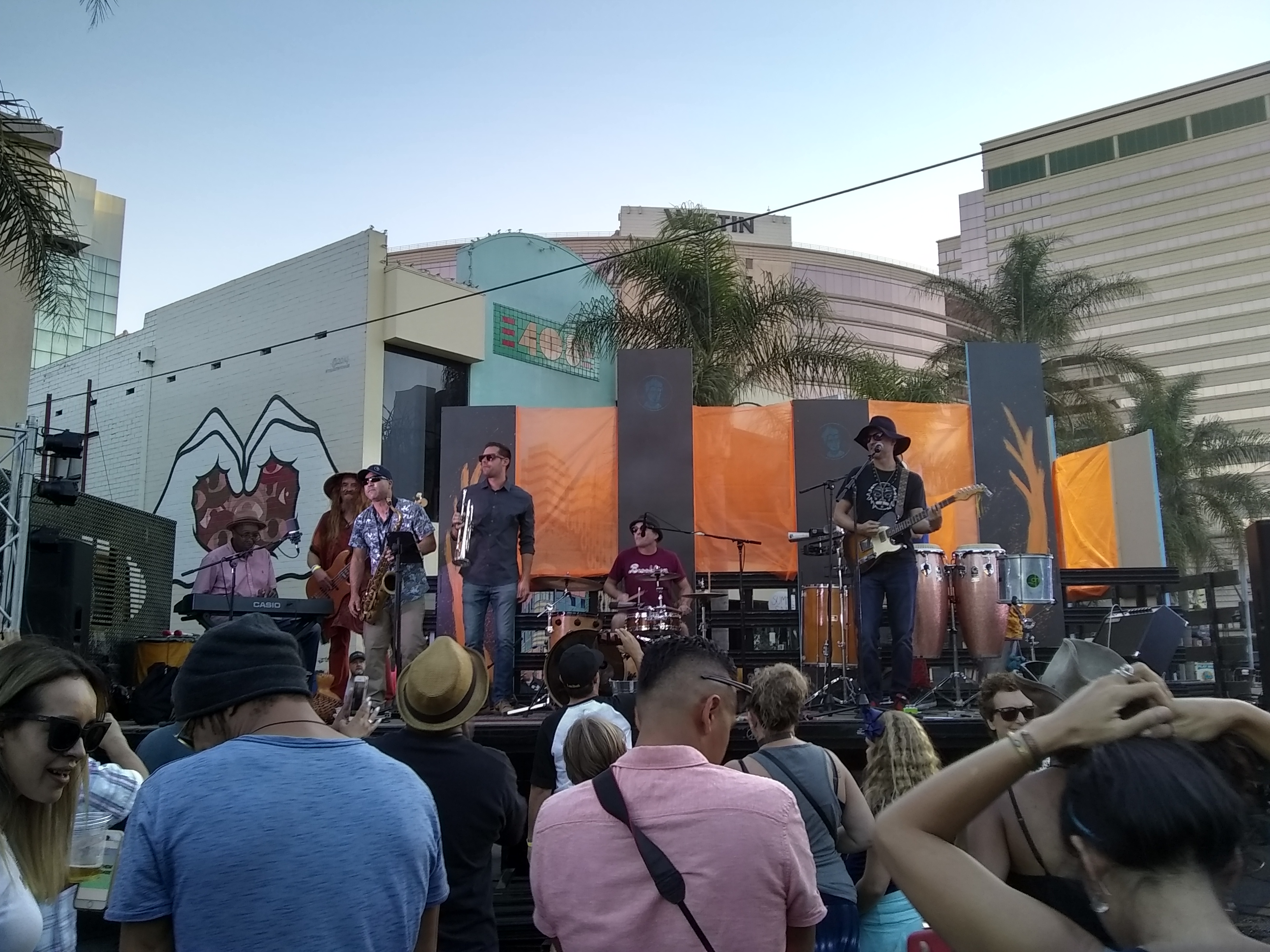 They win my pick for most enjoyable experience. Bouncy and fun, this world funk group had many in the crowd, including me, dancing to the high-paced rhythms of the music. I felt loose and energetic throughout the whole gig. If anything, they’re the musical representation of the beaches at Long Beach: cool and collected with a tropical feeling. 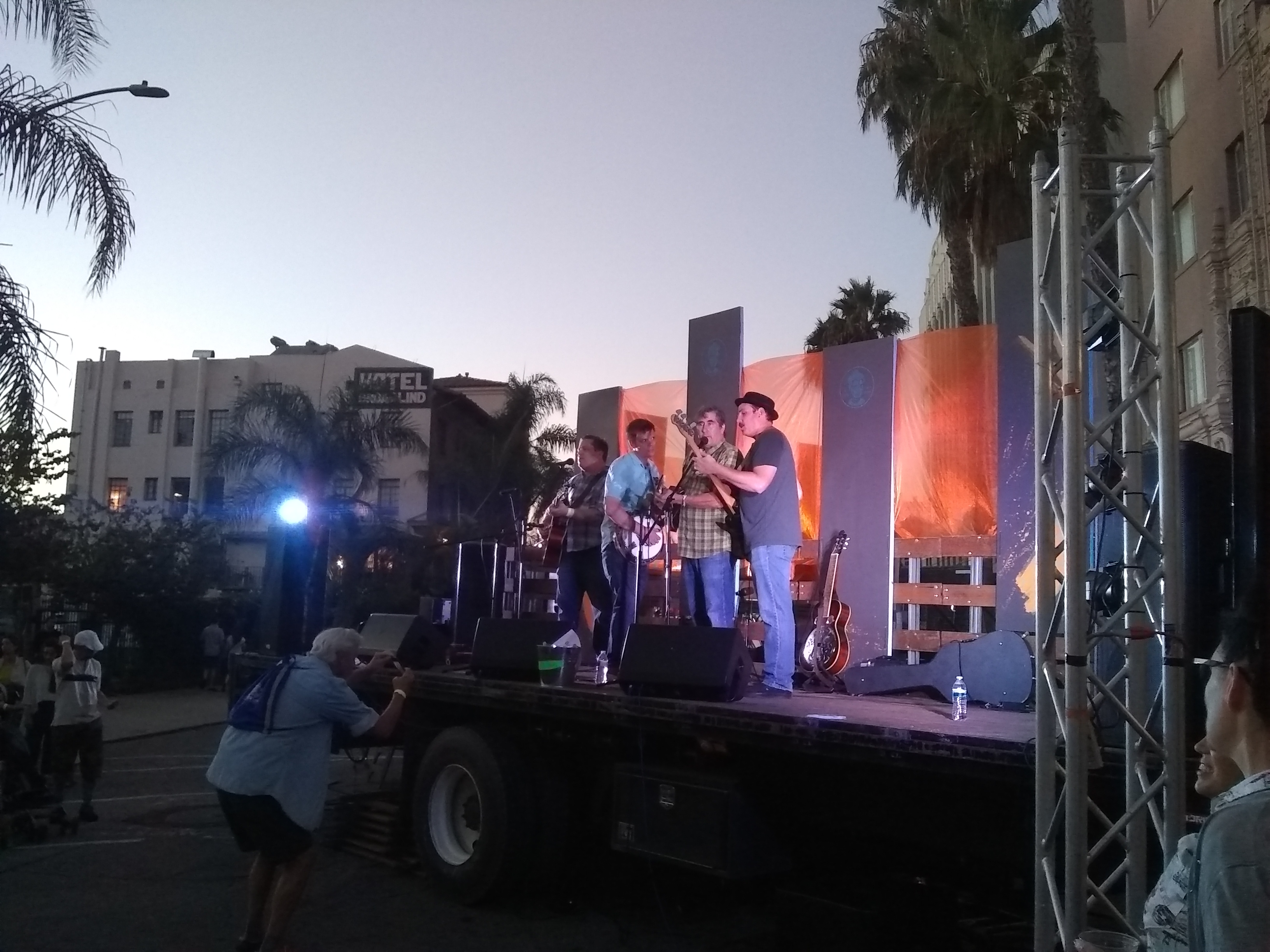 Meanwhile, the folk group Brother Pines was a significant turn in mood from the prior band. Just like Skoda, their music was very heartfelt and once again, the audience turned warm and homely. Not only was their music wonderful, they even gave out an album of theirs for free. Thanks! 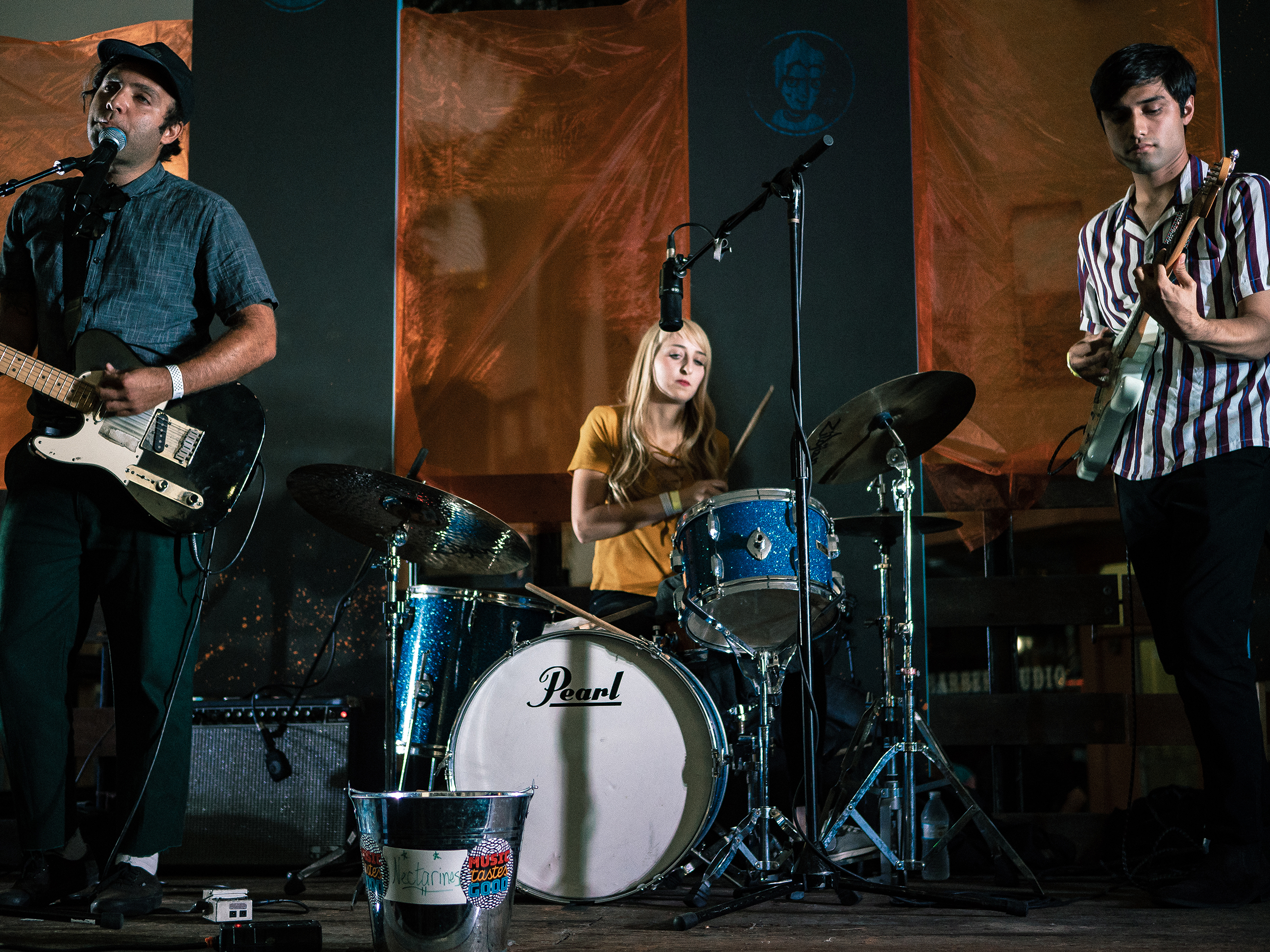 A smooth transition was the rock band Nectarines, who gave off a relaxed vibe as they came out with some ‘80s-esque rock that relaxed the crowd, matching their sound by looking like an alternative rock band from the ‘80s.

Perhaps my favorite artist was Steppe Bison, a rock band that’s very complex. Combining many sounds and genres such as Latin, psychedelic and even thrash at times, their music is intriguing to the ears and caught every single ounce of my interest. Here’s hoping for an album by them soon and I hope they find more success in the near future. 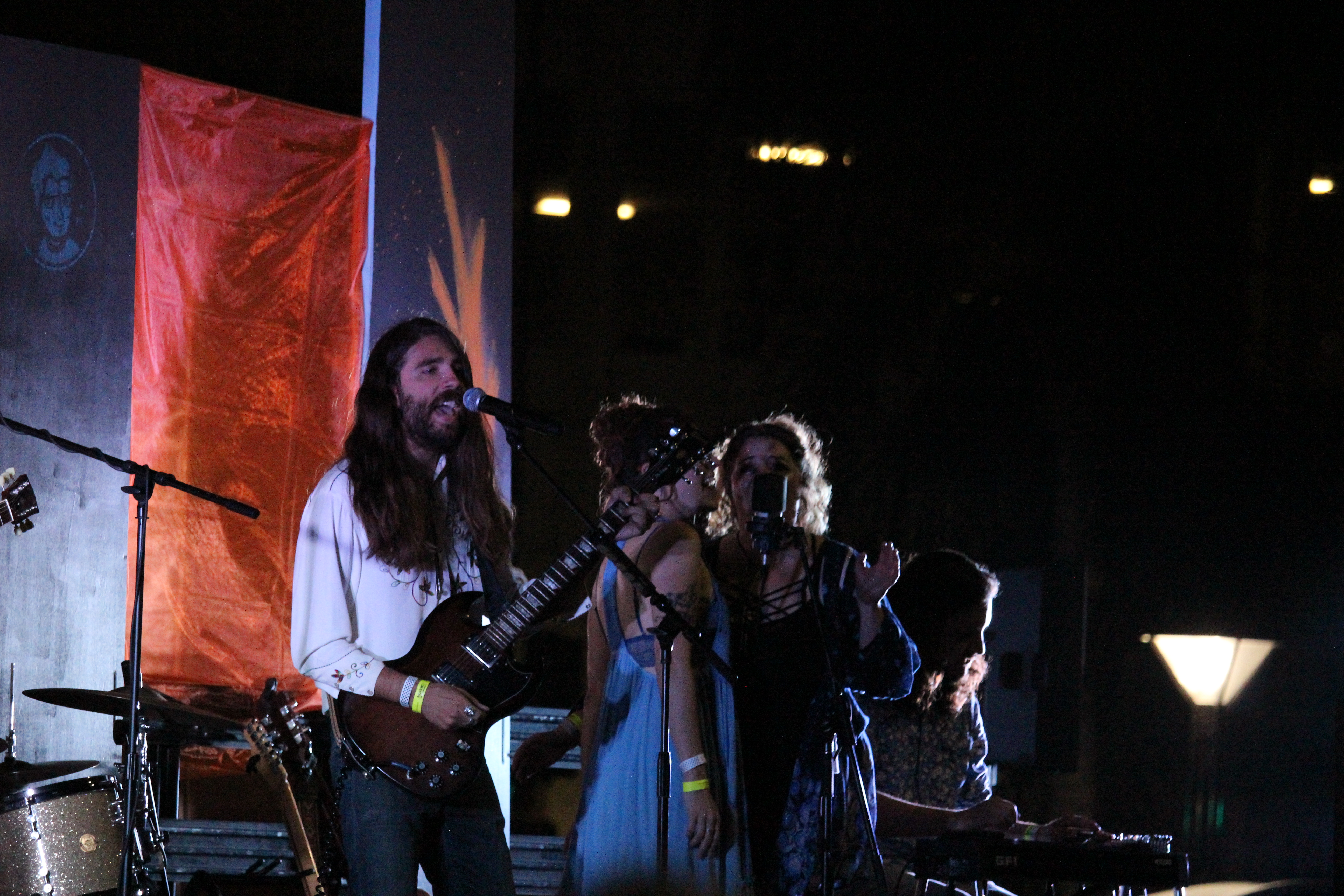 Last, but definitely not least, is Janie, who gave off a ‘60s throwback feeling that was not only very pleasant to listen to, but oozed with lively personality; the members looked like they were having a lot of fun. Personally, I’d enjoy just being a roadie for them because I would enjoy hanging out with them.

I started to leave after they were finished, but I did catch parts of Trulio Disgracias, a very talented jazz ensemble that did not compete in the event.

How was my experience at the end of the day? Highly enjoyable. I was not only exposed to wonderful music that I would have otherwise ignored, but also discovered local talent from both Long Beach and Los Angeles County. The festival felt very tight-knit, as there were many couples and families there. The artists also felt like they were part of a sort of family with the audience. I was able to see them just hanging out and chatting with people and the vibe was laid-back and friendly, despite everyone there being complete strangers.

When I asked Chief White Lightning how it felt to perform, he told me, “It felt very great. It felt raw, I saw many ages and many types of people.”

What I’m trying to say here is to go to Buskerfest next year. You’ll discover new music and have a great time. I sure did.